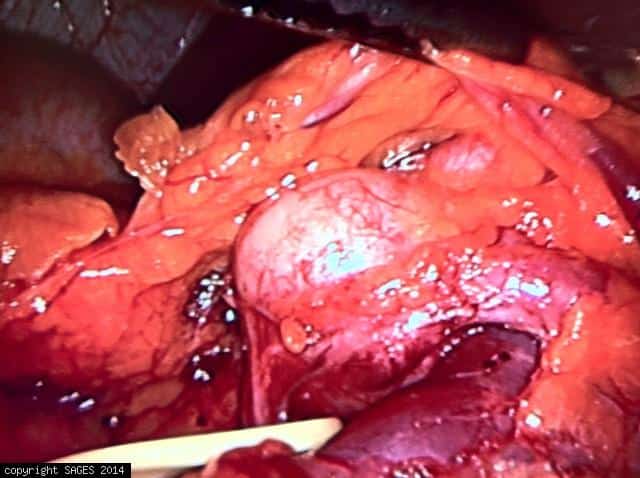 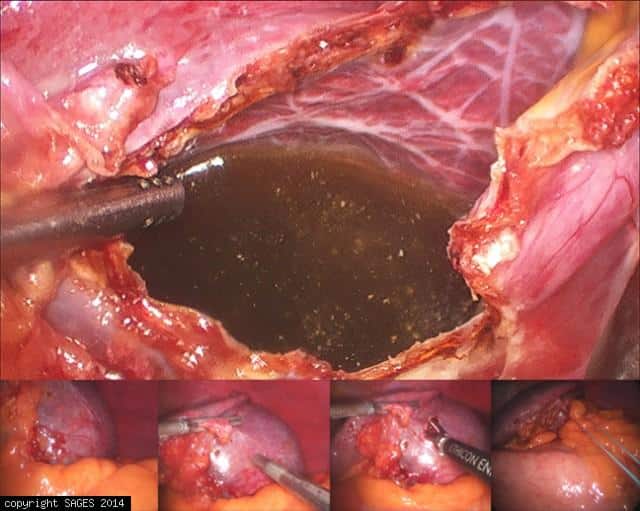 This images shows a large spleninc cyst that has been fenestrated. The insets below show the cyst, cyst aspiration, opening the cyst, and packing with omentum and suturing it to the cyst wall. The fluid was serous, and the histology of the cyst was was b