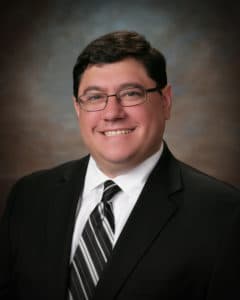 As current chair of SAGES Advocacy and Health Policy committee, advocacy on the local, state and national level has been Dr. Ross Goldberg’s “comfort zone” for more than 20 years.

As a passionate advocate for both SAGES and patients, Dr. Goldberg actively works to impact a wide range of healthcare policies, including, but not limited to, physician reimbursement, administrative burden and patient access to care.  “I really like talking to politicians, including governors and Congress,” he says. “Our impact comes from telling stories and framing issues in a realistic way and letting a politician know how certain laws affect patients.”

He also serves as SAGES liaison to the National Alliance of Healthcare Purchaser Coalitions, serving on their Physician Executive Advisory Council, providing companies with best practices on setting up employee health plans, and providing doctors with new ways to collaborate with insurance companies and the FDA.

Since initially joining SAGES as a fellow in 2010, Dr. Goldberg has also been involved in several other SAGES committees, including the Technology Council and Quality Outcomes and Safety. He counts among his early mentors former SAGES president Drs. Dan Smith, Dan Jones, and Horacio Asbun.

Dr. Goldberg notes that ongoing support provided by SAGES presidents, along with the entire leadership team, is really one of the “special things” about SAGES, adding, “Former and current leadership are so accessible, and sharing and opinion-seeking always works both ways.”

While Dr. Goldberg is active in multiple organizations, he strongly promotes SAGES to residents as the one association that addresses serious issues but doesn’t take itself too seriously. “We’re much more relaxed and focused on our patients and growing the next generation of surgeons than being impressed with ourselves.”

Noting that it’s been fun to see advocacy’s expanding footprint within SAGES, Dr. Goldberg will step down as chair next year, though still plans to remain on the board and “serve SAGES the best way I can.” The Lego enthusiast might even have more time to pursue his 780,000 piece hobby!