Introduction:
Because of losing 3D depth perception, manipulating instruments inside the human body during NOTES translumenal surgery and single incision laparoscopic surgery (SILS) can be very difficult for even well experienced surgeons. Classical image navigation systems are often incapable of providing support in such situations, because the reference image is usually produced as anatomical appearance from the outside. The forced situations in NOTES and SILS such as unpredictable nature of scope and device location may result in an incomplete or lengthy procedure within such narrow and cumbersome endoscopic viewing. To overcome these limitations, we developed a novel translumenal image navigation system using OsiriX imaging application and wireless motion sensing technology.

Methods:
We subjected 10 NOTES and 10 SILS procedures. From the voxel data acquired with MDCT before surgery we generated the virtual translumenal image navigation view by using volume rendering and surface rendering method in OsiriX application during surgery. We reconstructed virtual endoscopy and made gastrointestinal or colorectal wall transparent for translumenal see-through navigation to detect surrounding organs, lymph nodes and vessels. A 3-D accelerometer was attached to the endoscopes for adjusting its image fluctuation to OsiriX navigation system.

Results:
Volume rendering method by OsiriX could show virtual anatomies of the patients from skin level to the internal organs immediately. An operator raised surgical recognition as more intuitive navigation by wireless operation to link the change of actual field and support images. Volume rendering method were useful tool for reduce extralumenal organ injury in translumenal access perfolation. This approach increased safety of initial puncture and incision.
Motion sensing technology had the ability to sense both rotational orientation and translational acceleration along 3-D axes, provided six degrees of freedom. This flattery support system using fluctuation-adjusting accelerometer fused together the actual space and the virtual navigation image. It could revise the visual navigation aid from preoperative imaging with a fine adjustment. Moreover it was useful for corporation the endoscopic video stream and registered on body surface when a 3D surface is reconstructed intraoperatively from volume rendering in OsiriX. This could allow the safe performance of a controlled endolumenal procedure and shorten the time. There was also no complication within this study. 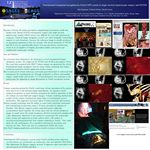