METHODS AND PROCEDURES – A series of 77 patients with esophageal cancer who underwent EUS pre and post NAC were analyzed. All patients had NAC without radiation therapy. All cases were performed by a single surgeon. Tumor response was assessed pre and post NAC. Patients with greater than and less than 50% reduction in tumor size based on EUS evaluation were classified as having significant and partial response to chemotherapy respectively. The disease stage was established by using the Tumor (T), Nodes (N), Metastasis (M) classification system. The initial staging system was done with a combination of CT scans of the chest/abdomen and EUS. EUS determined cancer stage was compared with the post surgical pathologic stage for each patient. Data was analyzed utilizing Fisher’s exact test and Chi-square analysis.

CONCLUSION – EUS is a useful tool to assess response to chemotherapy and also in evaluating the extent of disease which will facilitate surgical decision making.However EUS is an unreliable tool for staging esophageal cancer after NAC. Overstaging of the T stage is significantly more common and could be related to the inflammatory effect or fibrosis post NAC. 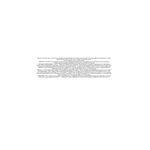