The Preoperative Endoscopic Drainage in the Malignant Obstructive Jaundice

Background: Preoperative biliary drainage (PBD) in Malignant Obstructive Jaundice (MOJ) remains controversial.Aim: This project is a meta-analysis that compares the impact of PBD and Surgery (DS=S, pancreatectomy and/or hepatobiliary resection) on morbidity and mortality after PBD+S in comparison with Surgery alone.

Material and Methods: The impact of PBD on morbidity and mortality in MOJ preoperative endoscopic treatment was assessed by: 1. Systemic referencing in PUBMED 2. Typing the key words ‘’obstructive jaundice, biliary drainage, liver surgery, complications, morbidity, mortality’’ under the followig selection criteria: a) the articles should have been published between 2000-10, b) all or the majority of data should have been collected between 2000-10, c) MOJ patients should have undertaken pancreatic, biliary and/or hepatic therapeutical resection, d) MOJ patients should have undertaken endoscopic PBD. Five final articles fulfilled the stated criteria consisting 386 MOJ patients (114 underwent pancreaticoduodenectomy, 51 hepatobiliary resections, 102 PBD).Results: 1. There was no significant difference in the mortality rate between DS and PBD+S (OR=0.39, 95% CI: (0.10 – 1.57), 2. Patients treated with PBD+S demonstrated no significant difference in the morbidity rate compared to those treated only with DS (OR=3.75, 95%, CI:(0.76 – 18.51), 3. Comparison of the morbidity rate between PBD alone and S alone showed a significant difference favouring the latter. (OR=0.04, 95%, Cl: (0.00 – 0.37).

Conclusion: There is no significant difference in the mortality rate between DS and PBD+S. Comparison of data showed that the morbidity rate of surgery alone for MOJ is significantly higher than that of PBD alone so that surgery seems to be the decisive factor that finally forms the morbidity rate after PBD+S and not the PBD. 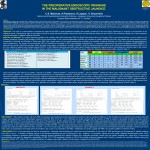