INTRODUCTION: Single incision laparoscopic surgery (SILS) may prove beneficial but techniques are still evolving. The purpose of this study was to assess outcomes associated with a SILS approach for adjustable gastric banding (AGB) for morbid obesity.
METHODS: We conducted an IRB-approved retrospective review of our first 50 consecutive SILS AGB procedures attempted over an 18-month period. All patients were managed by a single attending surgeon at an academic center. A modified SILS approach was used in 44 cases, in which a separate subxyphoid incision was used for Nathanson liver retractor placement; a “pure” SILS approach, in which only a single incision was used for insertion of all laparoscopic instruments, was used in 6 cases. A Nathanson retractor was used in 45 cases and intracorporeal liver retraction was achieved using suture and/or umbilical tape in 5 cases. Operating instruments included straight and articulating tools placed through 3 separate working ports (n=48) or a multiport access device (n=2), via a LUQ (n=41) or umbilical (n=9) incision. Data are displayed as mean ± standard deviation, unless otherwise stated.
RESULTS: Patient age was 41.4 years (range 18 – 69); 42 patients were female and 8 male. Pre-operative weight was 122 ± 22 kg, with a BMI of 45.5 kg/m² (35 – 67). 28 patients had previous abdominal surgery, most commonly hysterectomy (n=10) or cholecystectomy (n=9). Operative time was 110 minutes (48 – 165), and 18 cases had additional procedures performed: 15 hiatal hernia repairs, 1 umbilical hernia repair, 1 EGD, and 1 liver biopsy. Estimated blood loss was 23 cc ± 22. Incision length for working port(s) was 4.5 cm ± 0.9. In 4 cases, an additional port (separate from single-incision operative site) was required for placement of additional liver retractor (n=2), suction irrigator for bleeding (n=1), or additional grasper for retrogastric tunnel creation (n=1). There was one conversion to traditional 5-port laparoscopic approach in a patient with severe hepatomegaly, and no conversions to open. 4 complications (1 major, 3 minor) were noted in 3 patients. The major complication was a mid-esophageal perforation secondary to calibration tube manipulation, successfully treated with esophageal stenting and left chest drainage. Minor complications included: gastric obstruction secondary to post-op edema managed expectantly, a liver laceration treated with direct pressure, an upper extremity DVT secondary to PICC line for TPN in the esophageal perforation patient managed with line removal and anticoagulation. Routine POD 1 imaging was normal except in two cases, as noted above. Median hospital stay was 1 day (1-28). BMI reduction averaged 4.4 ± 3.8 kg/m2 over a mean follow-up of 6.8 ± 4 months.
CONCLUSION: Although techniques are still evolving, SILS AGB appears to be feasible for achieving satisfactory band placement and safe from the viewpoint of intra-abdominal tissue manipulation. Continued work is needed to further improve operative strategies, determine relative benefit compared to traditional approaches, and to investigate long-term outcomes. 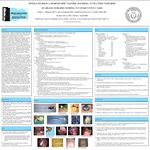