Robotic minimally invasive surgery has gained in popularity based on its advantages in certain procedure types. However, because of the loss of direct contact with the surgery site, the surgeon cannot readily perceive tactile information, which may adversely affect surgical efficiency. To solve this problem, researchers have incorporated force sensors on the instruments to measure the contact force, and reproduce it on the surgeon console. However, the employment of force sensors leads to other problems. First, they make the instruments bulky and potentially impair the basic function of the instruments. Second, most sensors cannot survive the harsh environments needed for sterilization of instruments, which makes the method impractical. The objective of this research is to estimate the robotic grasper clamp force using motor current; this method does not require any sensors, and provides tactile feedback at low cost to the surgeon.

A surgical grasper prototype has been manufactured using 3-D printing, and is driven by a motor. The direct clamp force measurement is accomplished using a force-sensitive resistor (FlexiForce A201 4.4N force range). The indirect clamp force estimation is done by monitoring the motor current onboard the motor controller. 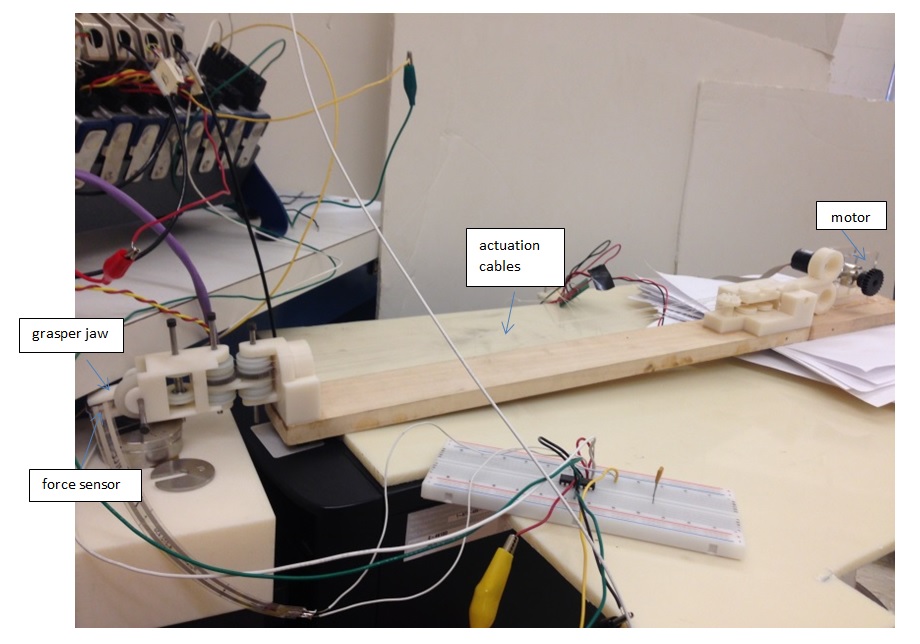 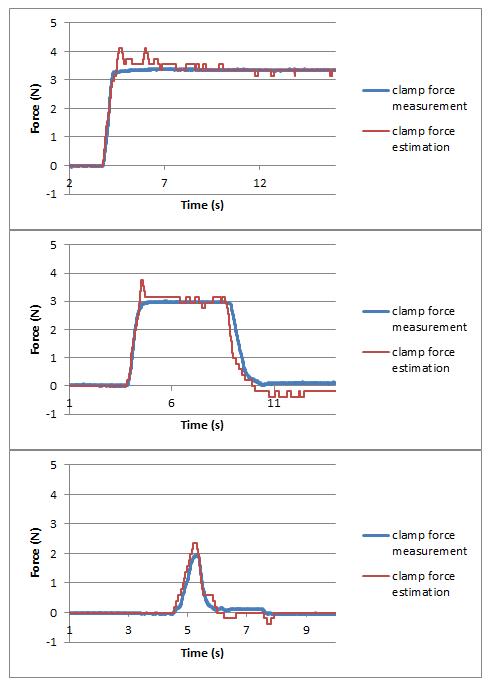 It is shown from the preliminary comparative testing that estimating forces using motor current is feasible for a motorized surgical instrument. This “sensorless haptics” will solve the problems encountered when employing force sensors on instruments and lower the cost of robotic instruments with integrated force feedback. Future work will include implementing the force estimation on a decoupled surgical grasper tool to feed back multiple force channels, including jaw clamp force and lateral tool-tip force, and reproducing these forces on a surgeon console. 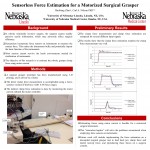