Randomized Trial of Ofirmev Versus Placebo After Laparoscopic Sleeve Gastrectomy

INTRODUCTION: Ofirmev is an intravenous form of Acetaminophen approved by the FDA in 2010. The indicated uses include the treatment of pain with and without the use of opioids. Several studies have administered Ofirmev in an attempt to reduce the amount of narcotics used in post-operative patients with mixed results. A meta-analysis reported decreased opioid usage in 10 of 14 studies of intravenous Acetaminophen compared with placebo. We designed a randomized control trial using Ofirmev versus placebo in conjunction with single narcotic patient-controlled analgesia (PCA) in post-operative laparoscopic sleeve gastrectomy (LSG) patients for twenty-four hours.

METHODS AND PROCEDURES: 19 patients which met criteria for LSG were enrolled and randomized into 2 separate limbs of the study. The Ofirmev and placebo group had similar mean age ranges (54.6 +/- 2.4 and 51.0 +/- 4.8, respectively) and male: female ratio (3:8 and 2:6, respectively.) The patients received postoperative administration of intravenous Ofirmev 1gram every 6 hours for 24 hours in addition to single narcotic PCA. The remaining 8 patients received intravenous placebo administered at the same time intervals also with a single narcotic PCA. At the conclusion of 24 hours, the total amount of narcotic was recorded. Secondary endpoints included the measurement of liver function tests at 24 hours and 48 hours post-operatively.

RESULTS: In our interim analysis, patients receiving Ofirmev trended towards increased narcotic use at 24 hours compared with the placebo group, but this did not meet statistical significance. There has been no consistent relationship of the elevation of liver function tests and the administration of Ofirmev or placebo

CONCLUSION: At this time, it appears that early in our study that the Orfirmev group has a trend towards increased narcotic use at 24 hours post-operatively compared with placebo. Further patient enrollment will hopefully elucidate the relationship between our two study groups. 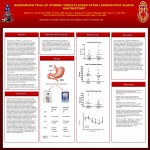