Outcomes of Laparoscopic Colectomy for Cancer in Elderly Patients

Patients and methods: From 2000 to 2009, 439 patients aged 75 years and above who underwent elective resection for colon cancer were included in the study. The operations were performed by specialists in colorectal surgery. Data on the patients’ demographics, operating details, pathology results, postoperative results and survival were collected prospectively. Comparison was made between patients who underwent laparoscopic and open surgery.

Conclusions: Laparoscopic resection for colon cancer was associated with less blood loss, a lower mortality rate and a shorter hospital stay in elderly patients. The overall survival was similar to open resection. 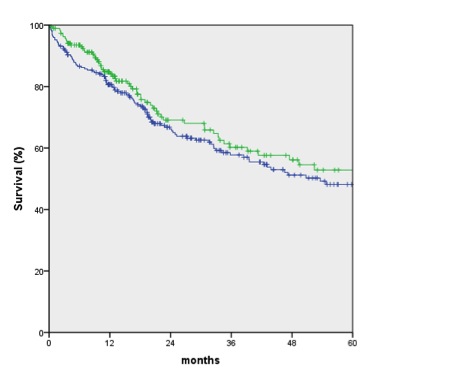