Background: Mortality, complication and conversion rates are significantly higher for patients with complicated forms of gallbladder stones than in those with uncomplicated types. To reduce these criteria we designed a working algorithm for management of such patients.

Results: Patients aged from 45 to 88years, age mean and median were 57 and years 52years respectively. There were male to female ration was 45:345 (1:3.6) Subjects in both groups were matched in term of age, CFGD types and associated medical disease
The used of the designed algorithm in the GP.2 compared to the GP.1 the operation time was reduced by 15.4%, conversion rate to OL by 42.9%, hospital stay by 3days, postoperative days by 2folds and mortality was reduced by 0.9% (p<0.5). The number ML operations continued to raise from the year 2004 to 2008; it increased by 33.0%, while the OL operations decreased by 42.0%.

Conclusion: According to the designed algorithm in a hand of skilled mini-incision surgical team ML operations seems to be the favored in complicated forms of gallstone disease. 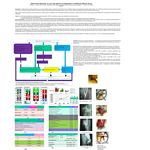