Background: Many kinds of port access devices were developed for laparo-endoscopic single site surgery (LESS) during recent years. Which port is best suitable for this relatively new technique needs to be investigated. The aim of this study was to evaluate the common used port access devices by using the mechanical approaches in a training simulator.

Methods: Three commercially available access devices, Multi-ports, TriPort and SILS Port were evaluated. A LESS mechanical evaluation platform was set up to investigate the forces on the instrument when it was moving along both horizontal and vertical axes in the access devices. In addition, a strain force measurement system was utilized to compare the average load on the ports when conducting the standard maneuvers, and the task completion time was recorded when completion of the maneuvers in these different access ports.

Conclusions: Compared with Triport and SILS Port, Multi-ports are associated with the least average load and shortest task performance times in a training simulator. This study shows that Multi-ports may offer better maneuverability for LESS performance. 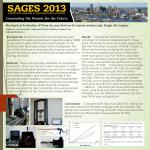