Intra-corporeal Instruments in Laparoscopic Surgery: A clue to better performance

Laparoscopic surgery constituted a revolution in the field of conventional surgical practice. The minimally invasive approach rapidly dominated many the domains of conventional surgery and became the gold standard for many surgical procedures. The next step was to "minimize" minimally invasive surgery, by reduction or elimination of the laparoscopic ports. This was obvious with the advent of Natural Orifice Transluminal Endoscopic Surgery (NOTES) and Single Incision Laparoscopic Surgery (SILS). The main problem of these two techniques is that they are less efficient and probably less safe than "conventional" laparoscopic surgery.

The “Versa Lifter ®” as described by its producer – is a disposable, dynamic organ suspension system for laparoscopic procedures. It has two "grasping ends" or anchors, that is introduced intra-corporeally through a 5 mm port, using an specially designed introducer (figure 1). The introducer is used to deploy and operate the Versa Lifter ®. One anchor of the device is attached to the organ to be retracted (e.g. the gall bladder) and the other anchor is attached to the abdominal wall at the desired site. The two ends are then brought closer to each other, hence practically retracting that organ (e.g. the gall bladder) and allowing the procedure to go on.

It has obvious advantages. It creates more space in the abdomen and improves the visibility during the operation by moving organs “out of the way” and minimizing the amount of devices needed in the field.

The distance between the two anchors is easily adjusted multiple times to allow the surgeon a greater on-going flexibility during the operation. The device can be manipulated using conventional laparoscopic instruments.

Once the procedure is concluded, the device can be conveniently removed using the same introducer.

More than one device can be used at the same time, obviating the need for extra ports for retraction 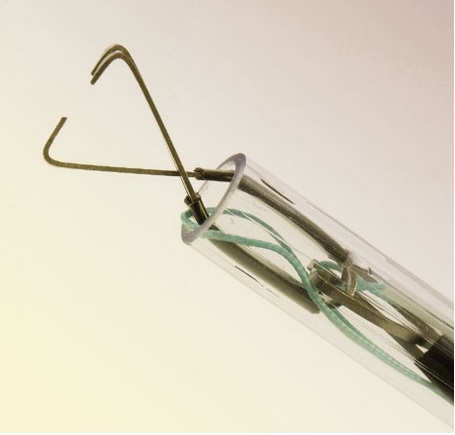 The device is used to retract the gall bladder, and the manufacturer suggests it can be used as well for the stomach, colon and the uterus.

An example is the conventional laparoscopic cholecystectomy, where at least one port can be saved. In the single incision approach, a clear advantage is that the triangulation is easily restored and no hand crossing is necessary.

Versa Lifter ® is a very useful device in both conventional and single incision laparoscopic surgery. It is an efficient internal retraction method, reducing the incision associated risks and improving the cosmetic result for the patient. It can be useful in a variety of procedures