Objectives: The project compares the systemic and regional inflammation to the coagulation response between Open (OLPH) and Laparoscopic (LLPH), left partial hepatectomy in a porcine experimental model.

Materials and Methods: Twenty-nine (N=29) domestic pigs (21-32kg), were randomly allocated into two groups, the open (N1=19) undergoing OLPH using a knife (A, n=13) or a radiofrequency knife (RF knife) (B, n=6) and the laparoscopic (N2=10) undergoing LLPH using a stapler (C, n=5) or a stapler and a Radio-Frequency knife (RF knife) (D, n=5), under general anaesthesia. By blood samples before (PD), after (PD0) operation, on the 1st (PD1) and on the 7th (PD7) postoperative day Hematological, Biochemical, Coagulation, Hormonal, Immunological parameters were measured. By two series of 29 stained liver tissue sections, taken on PD0 and on PD7 respectively, a regional inflammatory and a regional necrosis index were estimated by microscopic visualization. Results: Systemic and liver regional inflammation and coagulation analysis resulted in the following statistically significant differences: 1)CRPPD7(B>D, p=.005), 2) Cortisol (A PD0>C PD0, p=.002) and (B PD7>C PD7, p=.004) 3)Fibrinogen (BPD7, p=.004).

Conclusions: 1.In the porcine model, only the systemic and not the regional liver inflammatory response is significantly increased and extended, after OLPH in comparison with the LLPH. 2.Coagulation seems to be significantly influenced in the early and in the late postoperative period of the laparoscopic sub-groups in comparison with the open ones and it is irrelevant to the systemic inflammatory response. 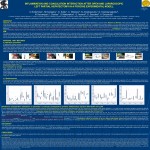