How Reliable Is Laparoscopic Cholecystectomy in Elderly Patients? a Retrospective Analysis of Outcomes.

AIM: Patient population admitting to surgical clinics is getting older in accordance with the aging world. Being one of the most common surgical procedures, laparoscopic cholecystectomy (LC) is also being performed in older population than it was used to. The aim of this study is to compare younger population with elderly (65 and older) patients who underwent elective LC in terms of conversion rate, morbidity, complications and mortality, if any.

METHODS: The records of 451 patients who underwent LC between January 2007 and December 2008 were retrospectively analyzed. Previous abdominal surgery or the history of choledocholithiasis, pancreatitis and/or endoscopic sphincterotomy were not accepted as exclusion criteria but emergent cases were excluded. Postoperative complications, operative time and time for discharge from the hospital were noted.

RESULTS: 131 of the patients were male while 320 were female with an average age of 51.8 (range; 20-85). 372 patients were between ages 20-64 (115 male, 257 female) while 79 were older than 65 years (16 male, 63 female). There were no significant differences between groups in terms of sex distribution. Total number of conversion to open surgery was 17 (3.7%). The main indication for conversion was adhesions and/or difficulty in dissection of the hepatocystic triangle (82.3%). The reason of conversion was the transaction of common bile duct in two cases and bleeding in one. There was a significant difference between groups in terms of percentage of the conversion rates (2.5% versus 10.1%). Mean operative time and hospital stay were almost similar between groups although there was a tendency for longer hospitalization in the elder group due to their systemic diseases. There was one major postoperative surgical complication in the elder group which required re-operation because of cystic stump leakage. There were no mortalities in any of groups.

CONCLUSION: Age is an independent risk factor for determining the risk of conversion during LC. The surgical procedure performed is not responsible for the longer hospitalization of the elderly patients after LC but instead, systemic co-morbidities play the major role. Elective LC can be performed safely in elderly patients keeping in mind that the probability of conversion is significantly higher than the younger ones. The role of systemic illnesses of elderly patients in converting to open surgery is still obscure and needs clarification. 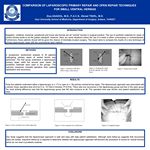