Background: Although locally advanced esophageal carcinoma is commonly treated by definitive chemoradiotherapy (dCRT), the prognosis is poor. Because the symptoms caused by a poor oral intake and/or esophagorespiratory fistula lead to both poor compliance to dCRT and a poor QOL, we perform esophageal bypass surgery (EBS) prior to dCRT for patients with severe esophageal stenosis and/or esophagorespiratory fistula in order to allow them to eat food while receiving dCRT. We herein report the clinical results of this therapeutic strategy.

Results: The reason for EBS was esophagorespiratory fistula (n=11) and esophageal stenosis (n=8). The median operative time was 212 minutes; there were no cases of anastomotic leakage. The median duration between EBS and dCRT was 27.5 (19–64) days. One patient could not receive dCRT due to the rapid progression of the tumor; one patient underwent radiotherapy alone because of the patient’s request. The responses to dCRT were as follows CR (n=3) and PR (n=8; response rate, 64.7%). The responses among the 54 patients who received dCRT as the initial treatment (CRT group) were as follows: CR (n=9) and PR (n=29; response rate, 70.4%). Salvage surgery was performed for 3 and 9 patients in the Bypass and CRT groups, respectively. EBS was performed for 8 patients in the CRT group because of the esophageal stenosis and/or esophagorespiratory fistula after dCRT. The one-year and three-year overall survival rates were 47.9% and 32.8%, respectively, in the Bypass group, and 45.0% and 15.5% in CRT group. The clinical responses and survival of the groups did not differ to a statistically significant extent. In the Bypass group, 14 patients could not eat or drink anything and 2 patients ate liquid food preoperatively; however, all patients could eat rice gruel after EBS. The oral intake was significantly improved in the Bypass group.

Conclusion: Prior EBS contributed to the rapid initiation of oral intake and improved the QOL of the patients. Although some patients could not receive dCRT because of rapid tumor progression or due to the development of distant organ metastasis during dCRT, there was no significant difference in overall survival. Thus, EBS followed by dCRT can be an effective therapeutic option for locally advanced esophageal carcinoma in patients without morbidities. 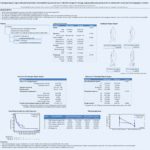