It is less known that at the beginning of laparoscopic era, two Hungarian surgeons, G. Jako and I. Rozsos, developed a new minimally invasive method for the removal of the gallbladder performed through the abdominal wall, using a similarly small 2.5-3 cm incision as that of the transumbilical single incision laparoscopic procedure. The technique called microlaparotomy cholecystectomy (MLC) is an open technique, but it requires some special instruments( retractors with light source, clipp applier). Since laparoscopic techniques are more favourable and acceptable than open ones, we aimed to control the invasiveness of the MLC compared to standard laparoscopic cholecystectomy (SLC).In a randomized study, the metabolic responses to SLC (n=13) and MLC (n=13) were evaluated..The criteria for exclusion from the study included acut cholecystitis, choledocholithiasis, malignant disease or any concurrent illness.The anaesthetic technique was similar in the two groups.Postoperative hospital stay was 3 days in both groups, and no complication was observed. Peripheral venous blood samples were taken 3h before operation and every day following the operation at the same time. The blood samples were analysed for the level of C-reactive protein (CRP), total antioxidant status (T-SH), malondialdehyde (MDA), reduced glutathion (GSH) and the superoxid radical generation of isolated polymorphonuclear leukocytes (PMN) and its lag time.Althought the levels of CRP significantly increased postoperatively in both groups in comparison with the starting values ( 9.7±0.58 to 29.7±5.9 mg/l for the SLC group and 15.7±3.1 to 29.3±4.4 mg/l for the MLC group), the tendency was similar in both groups without significant difference. A marked contrast was not found between the two groups regarding MDA, GSH and T-SH. The stimulated superoxid radical production of isolated PMN and the time lag of radical production of PMN following SLC and MLC were not significantly different. This study demonstrates that the metabolic response to SLC and MLC is not significantly different between the two types of surgery, and the MLC can be considered as a real minimally invasive procedure and the precursor of the single incision laparoscopic cholecystectomy. 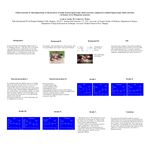