Cardiovascular Differences Within the Omentum of Morbidly Obese Diabetic Patients

Background: The metabolic syndrome describes the association between obesity and a host of co-morbidities including insulin resistance, hypertension, dyslipidemia, and cardiovascular (CV) disease. Adipokines produced from omentum increase the inflammatory state and reportedly contribute to the risk of CV disease. This study examines the genetic differences in the omental tissue of morbidly obese diabetic and non-diabetic patients.

Methods: Twenty morbidly obese patients undergoing bariatric surgery (BMI greater than 35) were included. Ten patients were diabetic and ten were non-diabetic. Omental samples were collected intra-operatively and flash frozen in liquid nitrogen. RNA was extracted using the Trizol reagent and protocol. 100 ng of purified RNA (Qiagen) was amplified and labeled using the Affymetrix protocol and the Affymetrix GeneChip array. The microarray data was analyzed with the Partek program using an unpaired t-test (p 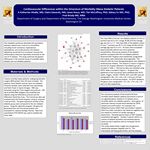