Assessment of the feasibility and safety of experts coaching trainees: Review of laparoscopic hepatectomy results

Conclusion: Though it is generally assumed that laparoscopic hepatectomy is a surgical procedure of the highest difficulty, trainees can learn to perform the procedure safely and effectively with intensive tuition provided by an expert. 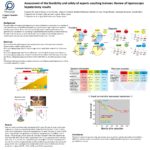