Adoption of advanced laparoscopy in the United States: Trends from the National Surgical Quality Improvement Program 2005-2012.

Methods: We performed a cross sectional study of all 374 American hospitals participating in the National Surgical Quality Improvement Program (NSQIP) in order to evaluate the percentage of procedures performed laparoscopically from 2005 to 2012. NSQIP represents a broad sampling of academic, community-based, and rural hospitals in the United States. Emergency and basic laparoscopic procedures (i.e. appendectomy, cholecystectomy) were excluded.

Results: The proportion of procedures performed laparoscopically increased significantly over the 8-year time interval for all procedures except adrenalectomy (p<0.01). Foregut and bariatric procedures were performed laparoscopically in >90% of cases. Laparoscopic colectomy was adopted at the greatest rate, and by 2012, exceeded 50% of elective cases. Over time, the rate of serious complications decreased for all procedures studied (p<0.03), and 30-day mortality decreased for gastric bypass and left colectomy (p<0.02). 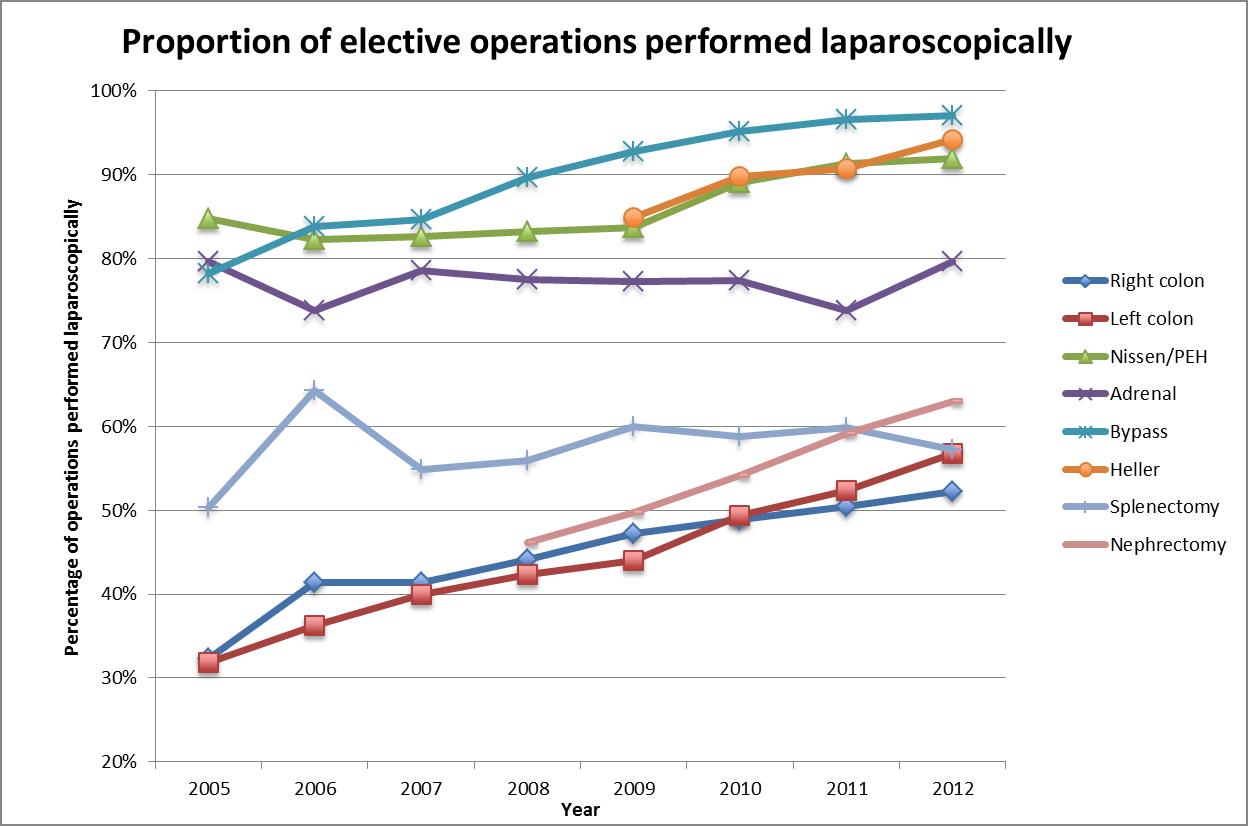 Conclusion: Advanced laparoscopic techniques grew in popularity over the study period, and by 2012, surpassed open techniques for all common major abdominal operations. Additionally, during this period, the safety of these procedures improved. This validates the need for general surgery residency and fellowship programs to focus training on advanced laparoscopy in order to prepare graduates for mainstream practice.