Introduction: Fifteen to twenty percent of surgical patients are malnourished before surgery. Although the literature acknowledges that nutrition is an important factor in patient health, its impact on surgical recovery has not yet been determined. The primary objective of this study is to understand the effect of nutritional status on the postoperative recovery of elderly patients. 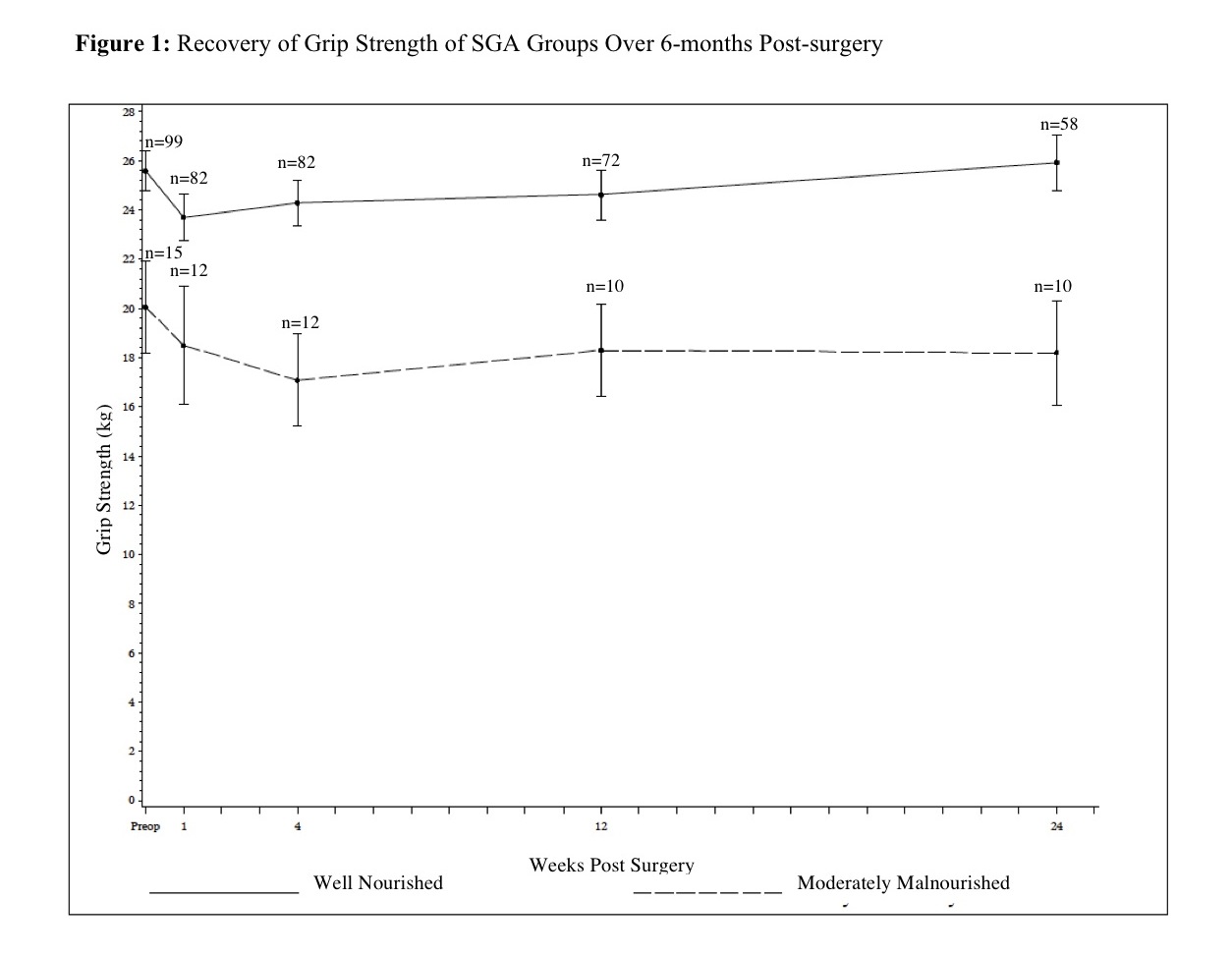