Introduction Application of laparoscopy-assisted distal gastrectomy (LADG) for early gastric cancer (EGC) is still controversial because of scant evidence of long-term follow up results and feasibility from prospective randomized trial. We conducted a prospective randomized trial to compare LADG including D2 lymphadenectomy with open distal gastrectomy for EGC.
Methods and procedures Forty-seven patients of EGC were enrolled in this study from November 2001 to August 2003. With the aid of random number table, 23 patients were assigned to the open group (group O) and 24 patients were assigned to the LADG group (group L). Clinicopathologic characteristics, postoperative hospital course, postoperative morbidity & mortality, and long-term outcomes including cancer recurrence and survival, were compared between the two groups.
Results There was no conversion to open surgery from laparoscopic surgery. Postoperative recovery was faster and the duration of analgesic administration was shorter in group L; the first passing flatus occurred earlier, starting a liquid diet began sooner, and postoperative hospital stay was shorter, but not statistically significantly so. Estimated blood loss and transfusion amounts were similar. Mean operation time was significantly longer in group L, but postoperative pulmonary complications occurred less frequently in group L. (p = 0.043). Although total 4 patients were died (The cause of death were 2 other malignancies, 1 heart problem, 1 pulmonary problem, all of them were unexpectedly in group O), we could not find any gastric cancer related death or gastric cancer recurrence in either group at a median follow up of 109 months. The overall 9-year survival rates of the group L and O were 100% 82.6%, respectively, however, the disease free survival rates were equal.
Conclusion LADG has clear advantages over its open counterpart in terms of faster postoperative recovery, less pain, and fewer postoperative complications while maintaining the curability in long-term follow up. 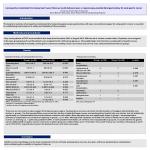