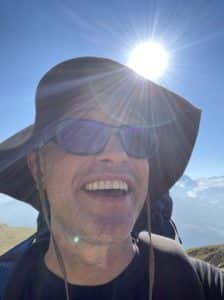 “When someone suggests something on the cutting edge in my clinical space, or describes a technique they read about recently, my first thought is usually, ‘I heard that at SAGES a year or two ago,’” says Dr. Jason Keune.

Attracted to the society’s ongoing learning opportunities, Dr. Keune has been active on a number of committees. “When I started as an attending physician in 2014, I was truly fortunate to join both the Guidelines and Ethics committee, and as part of the former, I was able to start a patient engagement initiative for guideline creation.  I’m passionate about bringing diverse people together from different walks of life to create teams that can achieve truly new things. Being involved in committees is an opportunity to enjoy that passion.”

Equally passionate about medical business ethics and social justice, Dr. Keune was also part of the inaugural We R SAGES Task Force and is now co-chair of the renamed Diversity, Leadership and Professional Development committee, leading alongside Drs. Alia Qureshi, Hope Jackson and Shaneeta Johnson, all of whom he credits with “taking me light years forward in my abilities and thinking.”

For Dr. Keune, this “progressiveness,” along with the ability to network with a diverse group of colleagues at the annual SAGES meeting, leadership retreat, and the “Next Big Thing” conference, are what collectively makes SAGES special.

Add to that colleagues including Dr. Dana Telem, a “constant friend and mentor,” Dr. John Mellinger, who “inspires me to think bigger, broader and more deeply about surgery every time I talk to him,” Dr. Dimitrios Stefanidis, who championed Dr. Keune’s patient engagement initiative; and, “the guys who taught me everything I know”:  Drs. Michael Brunt, Chris Eagon, Mike Awad and Brent Matthews.

Dr. Keune joined SAGES during his residency at Washington University, continued into his fellowship and when he became an attending surgeon and decided to specialize in MIS, he says it was a “no brainer” to become an Active member. Today he is an Associate Professor in the Department of Surgery, Division of General Surgery at Saint Louis University School of Medicine, and is also executive director of the school’s Bander Center for Medical Business Ethics.

In his non-surgery life, Dr. Keune, a music major in college, plays piano and violin and practices music with his three children – when they allow him! An avid outdoorsman, he trekked half of the Matterhorn last summer and loves taking his kids on backpacking excursions near their home in Missouri.