The Vercise DBS System is an implantable, rechargeable neurostimulator that reduces motor symptoms associated with moderate to advanced levodopa responsive Parkinson’s disease. Implanted near the clavicle, it generates various combinations of low intensity electrical pulses through leads connected to the bilateral subthalamic nucleus region of the brain. This device is controlled via a handheld remote and programmed by a clinician using the Bionic Navigator™ Software. The stimulator battery must be recharged using a radiofrequency (RF) device provided.

The Vercise DBS System is indicated for motor symptoms not adequately controlled with medication for moderate to severe levodopa responsive Parkinson’s disease.

The Vercise DBS System is contraindicated during concomitant use of ultrasound diathermy, electroconvulsive therapy, and transcranial magnetic stimulation. Additionally, patients with the Vercise DBS system should avoid MRI exposure. Furthermore, if patients are unable to operate the remote control and charging system; the device should not be implanted. Poor surgical candidates should not have the device; and patients with poor test simulations should not receive the device. 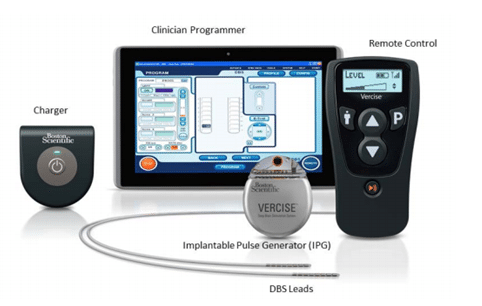 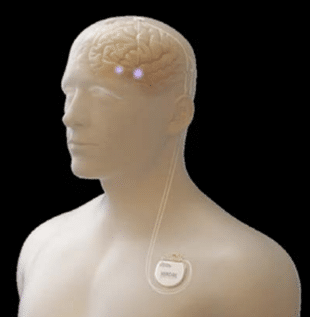