HandX™ is a single-use, handheld, powered laparoscopic device. HandX™offers the technical benefits of robotic surgery via a lightweight and cordless handheld modular platform. It is capable of passing through 5mm trocars and offers ease of access in the surgical field. HandX™ is intended to assist in the laparoscopic manipulation of tissue, including grasping, approximation, ligation, and suturing.

HandX™ is electromechanically controlled, and includes both hardware and software components. It’s two major parts are the Handpiece and the Instrument. The Handpiece consists of a reusable Control Interface (CI) handle held by the surgeon, and a Handpiece Body that translates the surgeon’s movements by means of control buttons to the instrument-articulating tip. Prior to use, a set of single-use, sterile Power Cable, Arc, Finger Pads, and strap-adapting Spacer are assembled on the Handpiece and CI unit, and the Handpiece is covered with a standard, sterile cover. After each use, the Handpiece is cleaned and disinfected.

HandX™ has similar indications for use as the predicate devices and the reference device: the daVinci robotic system. Performance data, an animal study, and software validation demonstrate that HandX™ performs as intended, in a manner that is substantially equivalent to the predicate. 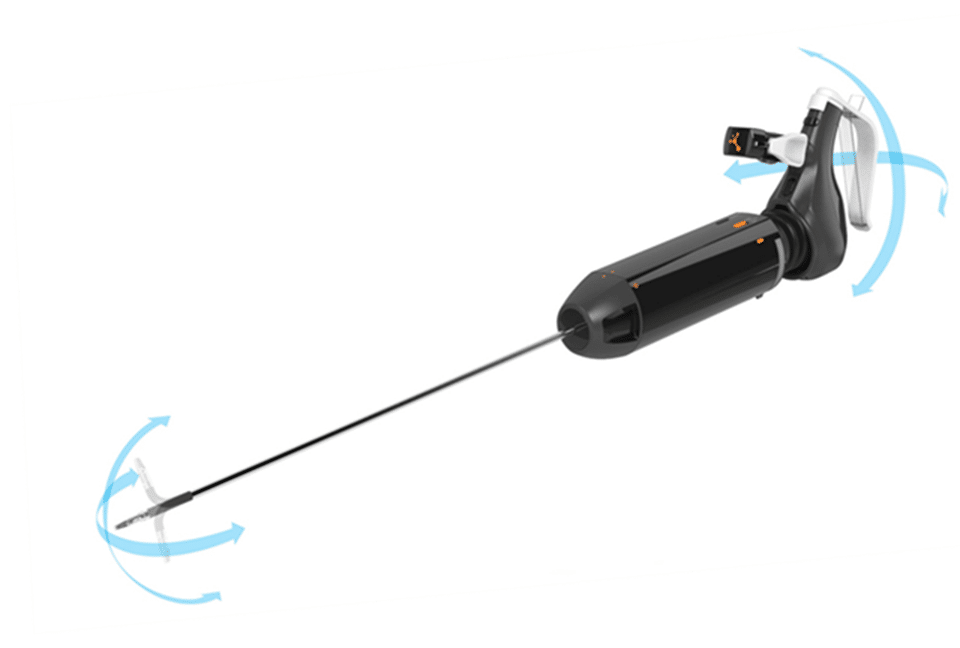