INTRODUCTION: Laparoscopic extended right hemicolectomy with D3 lymphadenectomy for colon cancer located at hepatic flexure or within 10 cm distal to hepatic flexure was a technically demanding approach. Intraoperative vascular injury (IVI) is common based on our clinical practice. The aim of this study was to investigate incidence of IVIs, the anatomic characteristics of injured vessels and the risk factors of the IVIs during this procedure.

METHODS: This retrospective study enrolled 96 consecutive patients who underwent laparoscopic extended right hemicolectomy with D3 lymphadenectomy between September 2008 and March 2013. Surgical videotapes of the patients without clipping were extracted from video database in which more than 1200 laparoscopic colorectal surgery videos were recorded. The incidence of IVIs and the vascular anatomic characteristics were investigated by reviewing the original videos. The clinical data were extracted from the established database in which more than 2700 colorectal cancer patients were included. The risk factors of IVI were evaluated by multivariate logistic regression model.

RESULTS: Forty seven (48.9%) of the 96 patients experienced IVI. Blood loss of > 300ml was observed in 13 of the 47 cases. Two of the 47 IVIs were superior mesenteric vein injuries requiring open conversion. No patient died from the IVI. The most common injured vessel was ileocolic artery (18%), especially when it located dorsally to the ileocolic vein. The right colic artery was observed in 43 (45.7%) patients. A total of 72 patients present the Henle`s trunk. The most occurrence of (14.8%) injured vein among the Henle`s trunk and its tributaries was the anterior superior pancreaticoduedenal vein.

: The IVIs during laparoscopic extended right hemicolectomy with D3 lymphadenectomy are common, mainly due to vascular anatomic variation. Besides, age of > 70 years and the inadequate surgical experience were associated with the increased risk of IVIs. 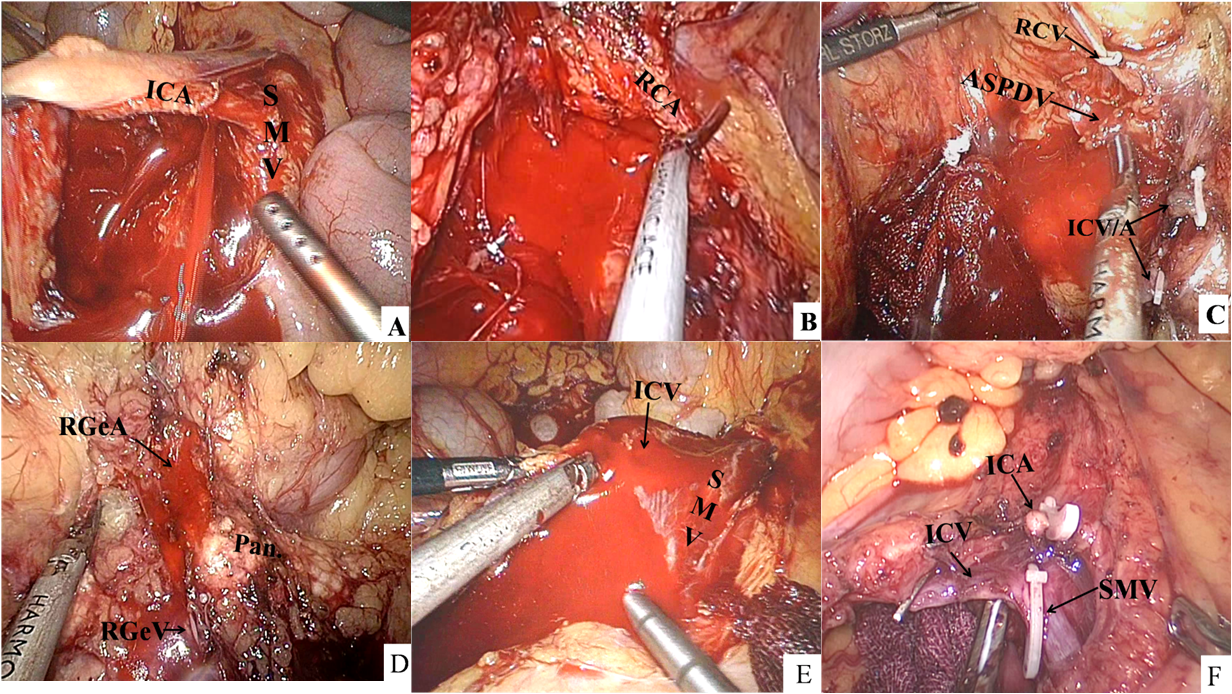