The perforation of the GB in cases of incidental GB cancer: Indication for the use of retrieval bags? 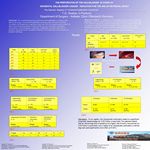