Background: Single-incision laparoscopic colectomy (SILC) is an emerging modality. Feasibility and safety of SILC has been reported; however, benefits and outcomes are not well defined. We conducted a retrospective matched case-control study to compare the short-term outcomes of Single Incision Laparoscopic Colectomy (SILC) and conventional laparoscopic colectomy (cLAC) for colon cancer.
Indications for SILC: The indications for SILC were as follows: (1) tumors located at the cecum, ascending colon, sigmoid colon, or upper rectum; (2) relatively small tumor (less than 4cm); (3) cSE(-); (4) cN0 or cN1; (5) cP(-); and (6) thick bulky mesorectum/mesocolon(-) (BMI <25).
Study Design/Method:
The 100 patients who underwent SILC were matched with 100 patients undergoing cLAC from a database of 1600 patients. The two groups were matched in terms of BMI, age, gender, type of resection, and indication criteria for SILC. The outcomes of the patients in the two groups were then compared
Procedures: A single intraumbilical 25-30 mm incision was made, and the umbilicus was pulled out, exposing the fascia with moderate subcutaneous exfoliation. Three 5-mm ports or a multi-instrument access port were placed at the umbilical site. The umbilicus was the access point of entry to the abdomen for all patients. SILC was performed using a surgical technique similar to the standard laparoscopic medial-to-lateral approach. The bowel was transected either intracorporeally or extracorporeally with lymph node dissection, and then a stapled anastomosis was performed
Results: Mean operating times were comparable between SILC and cLAC groups (146.3 ± 41.2 min versus 152.7 ± 38.7 min, not significant (NS)). Mean bleeding volumes were comparable between the two groups (27.1 ± 19 ml versus 31.6 ± 21 ml, NS). One patient (1%) required conversion to cLAC due to dense adhesions. There was no open conversion case in SILC group. Postoperatively, there was no mortality in either group. In terms of analgesic use, there was no difference between the two groups (1.0 ± 1.3 times versus 1.1 ± 0.8 times, NS). The mean hospital stay was 9.6 ± 1.5 days in the SILC group and 9.7 ± 1.6 days in the LAC group (NS). The overall rate of postoperative complications was similar in both groups (4.4% versus 6.7%, NS). The wound infection was infected in 2.2% of patients in each group. The rate of small bowel obstruction was similar. Other postoperative complications included hematochezia in one patient in the SILC group, and enteritis in two patients in the cLAC group. The number of harvested lymph nodes was comparable between the two groups (20.3 ± 4 versus 19.4 ± 4, NS)
Conclusion: This matched case–control study of 90 patients suggested that SILC for colon cancer is feasible and safe in selected patients and can result in good surgical results, with similar postoperative outcomes to cLAC. 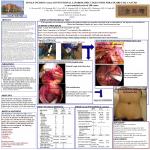