OBJECTIVE:
Findings of sporadic duodenal adenomatous polyps are rare on upper endoscopy. Resection is indicated do to their malignant potential. Duodenal polyps are usually removed endoscopically but may require surgical intervention. The objective of this surgical technology is to describe a robotic approach to resect a duodenal polyp located in the first portion of the duodenum adjacent to the pylorus.

DESCRIPTION OF TECHNOLOGY:
A robotic pyloroplasty (Heineke Mikulicz) and duodenal polypectomy was performed. We approached the anterior surface of the pylorus, which was opened with a Harmonic Scalpel, and the incision was carried through to the first portion of the duodenum approximately 1 cm. The surgical specimen was then everted into the operative bed, through the pyloromyotomy. A single PDS Endoloop was then placed over the neck of the lesion and resected using a combination of cautery and scissors. After closure of the pyloromyotomy, a “bubble test” using air insufflations confirmed no air or bile leak. Fibrin sealant was then used to reinforce the closure.

RESULTS:
An 86 year-old male patient with recurrent upper and lower gastrointestinal bleeding for 5 years was diagnosed with a 2 cm duodenal adenomatous polyp in the duodenal bulb on esophagogastroduodenoscopy. Multiple attempts for complete endoscopic resection were unsuccessful. The operative time was 1.5 hours, with an estimated blood loss of 150 ml. As a result of a precipitous decrease in hematocrit and melenotic stools the patient was transferred to the ICU on postoperative day 1 and received multiple blood products. Anemia was attributed to active blood loss secondary to surgery, cirrhosis, and idiopathatic thrombocytopenic purpura. The patient tolerated enteric feeds on postoperative day 3 and was discharged on postoperative day 4. Ten day follow-up was uneventful as well as 1 month follow up. Histological findings revealed a completely resected duodenal tubular adenoma without signs dysplasia or malignancy. 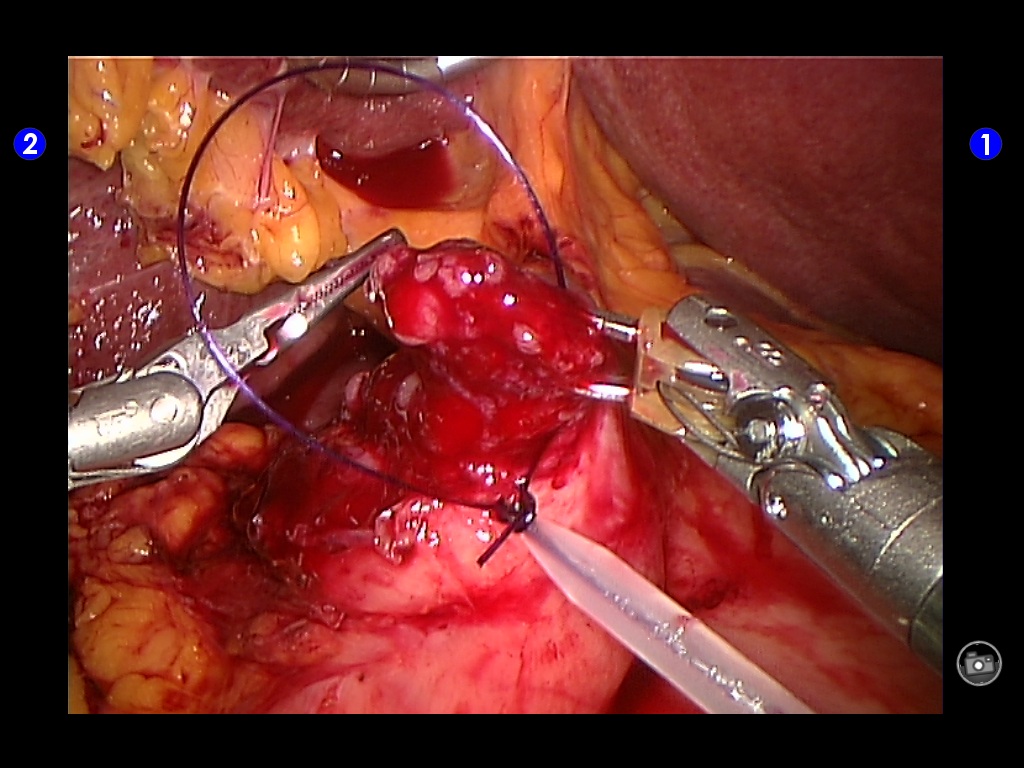 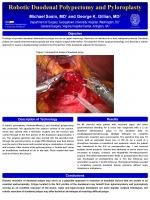