Objectives: Laparosopic rectal surgery is demanding “scarless” surgery, such as single-incision surgery, natural orifice transluminal endoscopic surgery or using the Pfannenstiel incision. Collinear alignment of the camera and instruments results in restricted visualization, inadequate dissection and mobilization for immature laparoscopic rectal surgeon. We have developed an noble hybrid approach through the Cherney incision, as a variation of extended Pfannenstiel incision, to overcome the difficulties in laparoscopic access to the pelvis.

Technology: Cherney incision is similar to the Pfannenstiel incision, but needs incision of the rectus and pyramidalis tendons and is located slightly lower on the abdomen. But Oh’s incision does not need incision of pyramidalis tendon. A 6 to 8 cm transverse skin incision is made over the symphysis pubis. After the incision of the anterior rectus sheath, the tendons of the rectus are incised at their insertion to the symphysis. Unlike conventional Cherney incision, this modified incision preserve the pyramidalis muscles, making dissection plane between the pyramidalis and the rectus muscles. A half centimeter segment of rectus tendon is left on the symphysis for reattachment. A vertical peritoneal incision is made to preserve the deep inferior epigastric vessels, and is divided at the top of the bladder for preventing bladder injuries. (reverse-Y pattern) An Alexis® wound retractor is inserted and a surgical glove is applied for pneumoperitoneum. After that, conventional laparoscopic accesses are performed, including the ligation of inferior mesenteric artery and veins and splenic flexure mobilization. Mesorectal excision, colonic transection and anastomoses are performed in open fashion through this modified Cherney incision with pinpoint long-ridged light source, spoon-shape retractor and reverse holding usage of reverse right-angle needle holder.

Conclusion: In more than 400 cases, this hybrid technique was performed safely and effectively. The hybrid approach not only maintains the adequate exposure to the left colon and splenic flexure in laparoscopic access, but also facilitates direct visualization and access for rectal and pelvic dissection. 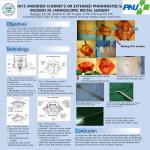