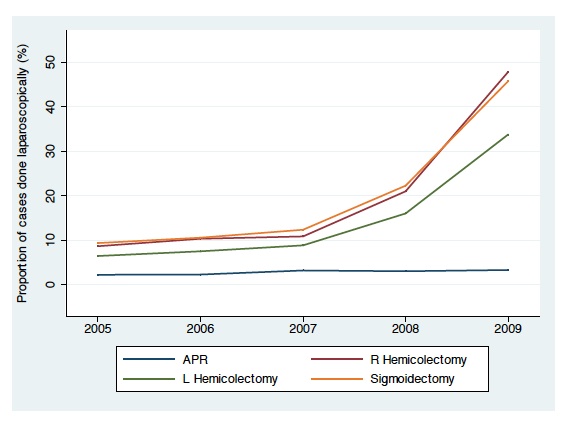 CONCLUSION
There has been a significant rise in use of laparoscopy for colon resections since 2005. This rise has been most dramatic for cancer patients. Possible explanations for this trend towards more widespread acceptance of laparoscopy as a viable alternative to open colon resection include the impact of clinical studies such as the COST trial, dissemination of technical skills, and increased patient awareness and demand for minimally invasive procedures.