INTRODUCTION: Prior randomized trials showed comparable short-term outcomes between open and minimally invasive proctectomy (OP and MIP) for rectal cancer. We hypothesize that short-term outcomes for MIP have improved as surgeons have become more experienced with this technique over time.

CONCLUSIONS: Patients selected to undergo MIP had significantly better overall morbidity rates and shorter LOS when compared with patients who underwent OP. Appropriate selection of patients for MIP can result in better outcomes. 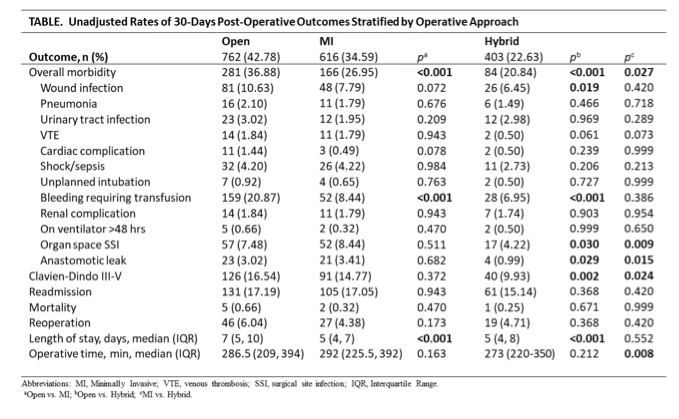