Introduction: Those with morbid obesity are at increased risk for having gastroesophageal reflux disease (GERD) symptoms. Currently, treatment for GERD in these patients is either gastric fundoplication or bariatric surgery. Gastric bypass has shown to decrease GERD symptoms, however, the data are less clear on the resolution or worsening of GERD symptoms in patients who have undergone laparoscopic sleeve gastrectomy (LSG). This study investigates whether patients who have undergone LSG have improved GERD symptoms and decreased use of anti-reflux medication compared to those who have had laparoscopic gastric bypass (LGB).
Methods: Forty three patients who underwent LSG and 35 patients who underwent LGB at a single institution by four surgeons over 19 months were interviewed by telephone and their medical charts were retrospectively reviewed. Upon interview, GERD symptoms were recorded based on a GERD symptom severity scale. Patient age, gender, loss of excess body weight (EBW) one year after surgery, and medication use were also collected.
Results: There was no difference in overall post-operative GERD symptoms between patients who had LSG or LGB per patient report (21% versus 8.6%, p=0.243). Patients who had LGB lost significantly more EBW (p<0.001) than those who had LSG after one year, however, both groups lost at least 50% on average of EBW. Patients who had LSG reported having to change their diets due to GERD symptoms (p=0.019) and had significantly more bothersome GERD symptoms when lying down (p=0.02) and after meals (p=0.022) compared to those who had LGB. There was no difference in the use of anti-reflux medication between the groups.
Conclusions: Overall GERD symptoms are not more common in patients who have had LSG versus LGB, however, those who have had LSG reported having worsened GERD symptoms when lying down, after meals, and reported to have to change their diets in order to prevent GERD symptoms. Further trials with longer term follow up is required to truly identify if LSG does not worsen GERD, however, initial data is promising. 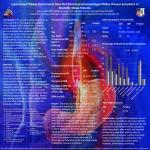