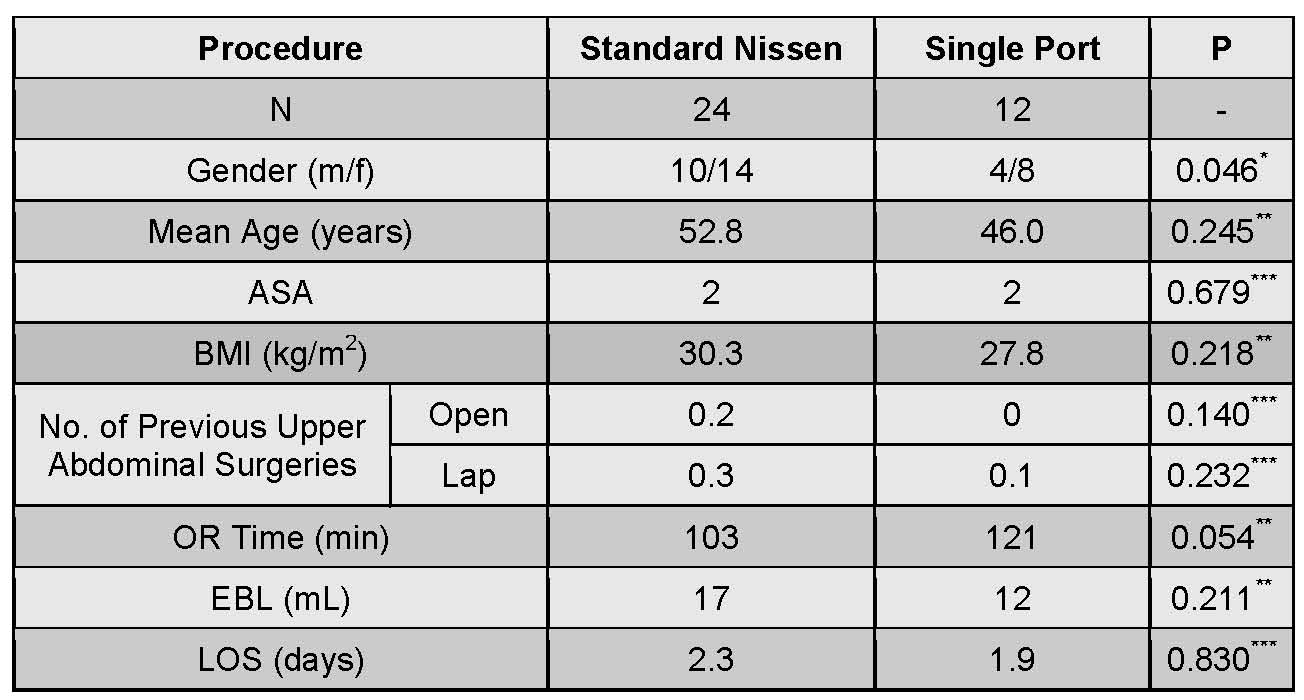 CONCLUSION – SPL fundoplication is safe and reproducible. However, LOS in this series shows that SPL does not have a quicker recovery than standard fundoplication. Weaknesses of this study include small sample size and single surgeon source. Additionally, the standard procedures were frequently performed by a surgeon-in-training while the SPL procedures were performed by the attending surgeon. Although a larger study is clearly necessary, this study calls the question of the benefit of SPL for anti-reflux surgery.