INTRODUCTION: Surgery is often performed in the acute stages of an appendiceal abscess, but in such instances having a possibility of convert to an extended surgery or postoperative complications may be encountered. In order to avoid these problems, we performed laparoscopic interval appendectomy (LIA), a form of

METHOD AND PROCEDURES: A total of 711 patients underwent appendectomy from January 2003 to June 2015. Of those, 101 patients who had been admitted due to a periappendiceal abscess to Toho University Ohashi Medical Center, were enrolled into the study. These comprised 49 patients who underwent LIA and 33 patients who underwent EO. The outcomes of the two groups were retrospectively compared for patient characteristics, operative time, amount of bleeding, postoperative complication, length of hospital stay, medical expenditure.

CONCLUSIONS: LIA was a safe and effective surgical procedure in appendectomy for abscess-forming appendicitis. LIA provided clinically beneficial advantages, including shorter postoperative hospital stay, lesser postoperative complication and amount of bleeding and no conversion to ileocecal resection over EO. LIA could be a standard treatment strategy as a minimally invasive surgery for appendicitis with abscess. 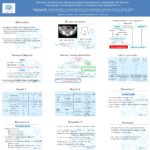