Introduction: This study evaluates if undergraduate medical trainees’ laparoscopic skills acquisition could be monitored and assessed using a virtual reality (VR) simulator and how the resultant metrics correlate with actual performance of Fundamentals of Laparoscopic Surgery™ (FLS) tasks. We studied the use of VR to characterize and assess the laparoscopic skills attained in a competency-based curriculum designed for graduating medical students applying for general surgery residency. Our overall goal is to integrate milestone competencies for surgery across the educational continuum and document trainee progress toward proficiency.

Methods: Ten fourth year medical students applying for surgical residency completed a monitored, self-paced virtual reality training curriculum comprised of camera navigation (CN), hand eye coordination (HEC) and FLS tasks: circle cutting (CC), ligating loop (LL), peg transfer (PT), and intracorporeal knot tying (IKT). Performance goals were those of the simulator for CN and HEC tasks and the standard goals given in the instruction manual for FLS tasks. Progress through the VR curriculum was monitored weekly by a single faculty member (FLS certified) using online software (Mentorlearn™). After eight weeks, students were observed and recorded performing FLS tasks. The best VR performance for each FLS task and the observed performance of the FLS tasks were scored by assigning penalties as described in the FLS instruction manual. The ability of the VR simulator to detect penalties in each of the FLS tasks and agreements of time taken to complete tasks are reported. Additional metrics from the VR simulator (speed, number of movements, path length, strain, needle drops, passes, and loading time) were examined for correlation to the commission of penalties. The VR simulator‘s sensitivity and specificity was assessed on FLS task penalties; Bland Altman plots evaluated the agreement between the VR simulator and observed time of performance; and a bivariate cumulative logit analysis assessed the correlation of metrics to the commission of penalties.

Results: All ten students trained in 100% of the curriculum and were proficient in CN and HEC tasks, though no student achieved proficiency in all of the VR modules assigned. Proficiency was achieved in CC, LL, PT and IKT by 8, 6, 8, and 1 student, respectively. VR simulation showed high specificity for predicting zero penalties on the observed CC, LL, and PT tasks (78%, 80%, and 60%). VR consistently underestimates time for CC, LL, PT, and IKT tasks. Additional variables did not correlate with penalties for any task.

Conclusions: VR can be used to monitor and assess medical student acquisition of laparoscopic skills. The absence of penalties in the simulator reasonably predicts the absence of penalties in manual demonstration of CC, LL and PT skills, but not IKT. The documented skills acquired by trainees can be transferred to a graduate medical education program for further monitoring of progress toward proficiency. 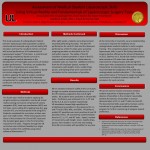