Methods: Review of the Premier Inpatient Database was performed for elective inpatient colorectal resections between 1/1/2010 and 9/30/2015. Patients were stratified into elderly (≥65 years) and non-elderly cohorts (<65 years), then grouped into open or laparoscopic procedures. The main outcome measures were the trends in utilization by approach and total costs for the episode of care (considering the inpatient and 30-day post-discharge periods), hospital length of stay (LOS), readmission, and complications by approach in the elderly. Multivariable regression models were used to control for differences across the platforms, adjusting patient demographic, comorbidities and hospital characteristics.

Results: Laparoscopic adoption was greater and steadily increased in the non-elderly, while in the elderly, laparoscopy rates increased until 2013, then declined, with increasing rates of open surgery. In the elderly, laparoscopy was associated with significantly lower mean total costs ($4,012 less/case), complications and readmissions less likely (36% and 33% less, respectively), and shorter LOS (2.59 less days) than open cases (all p<0.0001). When complications occurred, they were less severe and the readmission episodes were less costly with laparoscopy than open colorectal surgery. 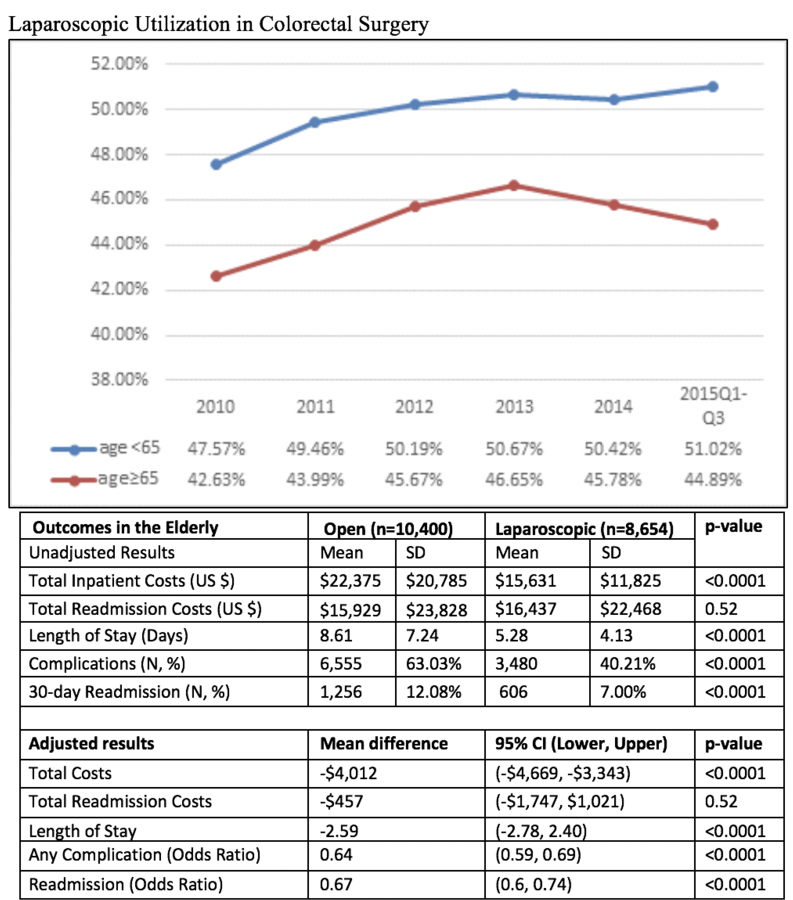