As I enter my eighth month of SAGES presidency, it appears surreal that my whole presidency has basically been a virtual one. What it also means is that everyone else’s  life over t 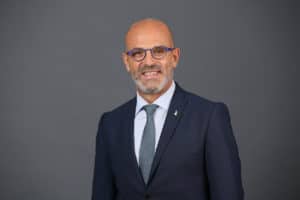 he last eight months has been the same. We’re still battling the virus and largely interacting in a virtual world, but despite so, SAGES has found ways to thrive through the pandemic and tried to capitalize on anything good that can come out of it.

In lieu of meeting together at the ACS Clinical Congress, we had 42 virtual committee meetings last month, and just convened our virtual board meeting. SAGES remains alive, vibrant and active as ever, representing 7,100 members worldwide. We have made tremendous strides with our strategic plan. A few highlights are below:

As I mentioned in my July message, we formed a Coronavirus Global Surgical Collaborative in March, which included surgeons from around the globe and responded quickly to COVID, issuing ten statements in three months. The group evolved over the summer and fall to address issues facing the global surgical community, and now has been renamed the Global Surgical Collaborative.

Following a successful Next Big Thing (NBT) Summit/Innovation Weekend in February, the Tech Council is busy pursuing a growing number of initiatives, under the leadership of Dr. Christopher Schlachta. Given the success of the 2020 Summit, another Summit is planned for May 7-8, 2021.  New for this year, we will partner with the Surgical Disruptive Technologies Summit (SDTS), chaired by Dr. Erik Wilson, for a joint NBT/SDTS Summit.  In addition, NOSCAR will join the Summit. In parallel, there will also be a second AI Summit and second Advocacy Summit, to continue the advances made at the 2020 gathering. Also new will be an Advocacy Boot Camp, which will train attendee surgeons in how to advocate with insurance companies and regulators.

The original NBT working groups (Innovation, Evidence and Dissemination), whose tasks were delineated at the Innovation Summit and refined within SAGES Strategic Plan, continue their hard work.  The development of multiple registries of subject matter experts, resources for innovators, research expertise for clinical trials, are all in progress.

Two new technology based working groups have been added to the Tech Council, both of which can be considered “next big things.”  The goal of the Digital Surgery Group, led by Dr. Dmitry Oleynikov, is to define the relationship between technology and patient care into the next century, and to guide the next generation of surgeons through an increasingly complex technological patient care matrix.  The pandemic has quickly enabled growth in the fields of telehealth and telepresence. The goal of the Fluorescence Imaging Group, led by Dr. Raul Rosenthal, is to address innovation in this rapidly evolving field and take it to the next level of adoption and development.

Finally, the NBT is being incorporated into the SAGES meeting for 2021 and into the future.  The Emerging Technology Session will be re-branded as the NBT Session, retaining the same focus of the prior Emerging Tech Session. In 2021, a major and impactful change to the Shark Tank is being considered. Shark Tank will include a significant monetary award for the most promising innovation. Stay tuned for more details.

Reimagining the Practice of Surgery

As it works towards actual solutions, the group is actively moving forward on a pilot research project that will involve live interviews of a diverse group of SAGES members. Members will be asked to share their thoughts about maintaining motivation and joy in the practice of surgery, retaining autonomy, and other issues related to sustaining that initial attraction of becoming a surgeon. The group will also be using its findings to create an exciting “Reimagining Wellness” session at the 2021 annual meeting.

We hope you will continue to keep SAGES and our mission, vision and core values in mind throughout the Fall and winter.

Mission: To innovate, educate and collaborate to improve patient care

Lastly, I again would like to thank SAGES Executive Committee members who work with me weekly to conduct the business of the Society: Drs. Aurora Pryor, Liane Feldman, John Mellinger, Chris Schlachta, Patricia Sylla and Brent Matthews. Thank you, too, to Sallie Matthews and her team for their invaluable support to our society.