SAGES is pleased to announce that Miranda Forbes and Megan Rutkai, in partnership with Dr. Adrian Park and his team at the James and Sylvia Earl SAIL Center, are the official winners of the SAGES University Video Contest.  Dr. Park, SAGES 2nd Vice President, and his team at Anne Arundel Medical Center, collaborated with South River High Schools “Global Communications and Public Affairs” program out of Annapolis Maryland to develop and produce their  video. In response to the request, the school connected the two high school sophomores with the team. 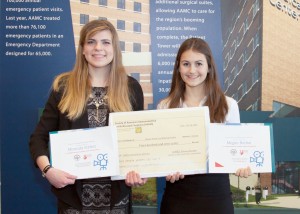 and will also be presented at the SAGES meeting: