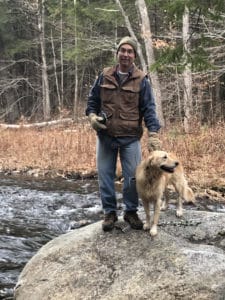 Dr. Robert Catania recalls that when he joined SAGES in 2002, “it was a small society filled with members who were thinking big thoughts and dreaming big dreams about the future of surgery.” At the time, laparoscopic surgery was still struggling to gain acceptance and Dr. Catania relied on SAGES videos to give him a glimpse into the future.

He was “hooked” after attending his first meeting. “The same surgeons who were performing laparoscopic feats in the videos were walking around the meeting hall in shorts and flip flops. It was a totally different experience than I had been exposed to at other meetings. The work that SAGES is doing in surgical education to promote safe, reproducible, complex surgery is the aspect of membership that means the most to me.”

It took more than ten years for Dr. Catania to join the ranks of friends and mentors who were active SAGES leaders. “My kids were grown, my practice was busy, but I felt like something professionally was missing,” he explains. “I really missed the intense interaction with my peers.”

He joined the newly created Community Practice group, which allowed him to engage with other members in a more personal way and give back. He counts fellow committee members Drs. Caitlin Halbert and Kevin Wasco among the many SAGES members and mentors who’ve been instrumental in his development as a surgeon.

His long-term goal is to continue to engage community practice surgeons and increase their participation in SAGES activities and “be part of a society that is relentlessly focused on improving patient outcomes.”

When not engaged with patients and SAGES, Dr. Catania spends time with his family hiking, mountain biking and restoring a farmhouse in New Hampshire’s White Mountains.