WATS3D is a novel endoscopic device & imaging process made by CDx Diagnostics used to facilitate the detection of Barrett’s esophagus (BE) and esophageal dysplasia in hopes to prevent progression to esophageal adenocarcinoma. This device allows for surveillance of larger surface areas using a brushing technique that is quicker than traditional single forceps biopsies. The WATS3D utilizes 3D imaging and cytopathology for earlier detection of precancerous cells to allow for earlier intervention. This device also allows for recognition of crypt dysplasia, which is a newly identified pathological finding that has been found to be a risk factor for esophageal adenocarcinoma. The ability to sample larger surface area with a full-thickness decreases the sampling inconsistencies faced with standard forceps biopsy (FB) techniques.

A recent multicenter prospective trial enrolled patients with suspected BE and known BE undergoing surveillance. Both groups underwent WATS3D as an adjunct to targeted FB and random four-quadrant FB. The use of WATS3D increased the overall detection of low-grade dysplasia by 88.5%.1 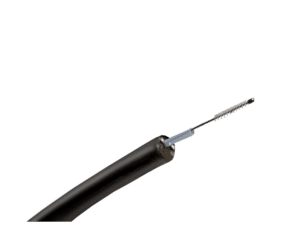 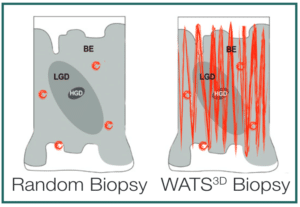