The TransPyloric Shuttle (TPS) is a minimally invasive treatment for obesity. The TPS system consists of a large and small bulb connected by a flexible silicone tether and an endoscopic delivery device. During delivery, the large bulb is distended with an internal coil and locked into the correct shape. Once the TPS is deployed endoscopically into the stomach, it causes faster filling times and delayed gastric emptying as peristalsis guides the small bulb into the small intestine and the large bulb to the pylorus. This device can remain in the stomach for 12 months, at which time it is retrieved endoscopically after removing the internal coil and collapsing the large bulb.

The randomized, double-blinded clinical trial ENDObesity II compared percent total body weight loss (%TBL) in patients treated with the TPS device versus a sham endoscopic procedure.  Mean %TBL at 12 months for the TPS group was 9.5% compared to 2.8% in the control group (p<0.0001). A statistically significant reduction in insulin-resistance, blood pressure, and lipids was also observed in the TPS group.

The FDA determined this device has no prior substantially equivalent predicate devices. 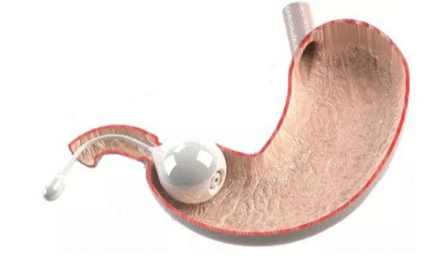 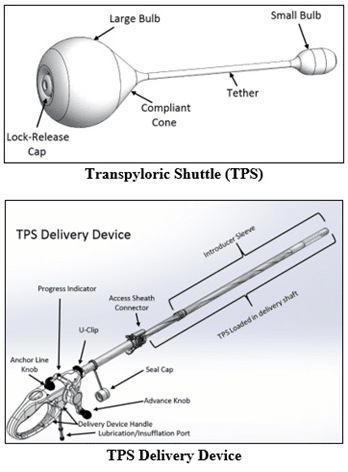