The NaviCam™ Stomach Capsule System is a magnetically maneuvered capsule endoscopy system consisting of a single-use ingestible capsule and a magnet linked to a physician operated console. The capsule contains a camera that wirelessly captures images of the desired anatomy. The console allows the operator to control the motion and direction of the capsule, ensuring visualization of the entire stomach. The NaviCam™ Stomach Capsule System is advantageous as it is non-invasive, does not require sedation, and has a procedure time of approximately 15-20 minutes. This device is ideal for visualization of the stomach in patients who are high risk for sedation. The capsule leaves the body in 24 hours on average but may take as long as 2 weeks.

A multi-center blinded study comparing magnetically controlled capsule endoscopy (NaviCam™) with conventional gastroscopy showed comparable accuracy in the detection of gastric focal lesions. Other significant data from this study showed that out of the 350 patients in the study, 335 preferred NaviCam™ over conventional gastroscopy.1

NaviCam™ Stomach Capsule System was approved via the De Novo pathway, thus has no predicate device.

NaviCam™ Stomach Capsule System is FDA approved for visualization of the stomach of adults (≥22 years old) with a BMI less than 38. It can be used in both clinics and hospitals.

This device should not be used in patients with gastrointestinal obstruction, stenosis, fistula, or those with dysphagia. Other contraindications include patients with cardiac pacemakers or other implantable electronic medical devices as well as pregnant women, those under 22 years of age, and those with a BMI ≥ 38. 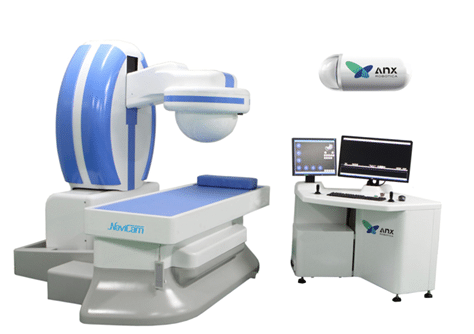 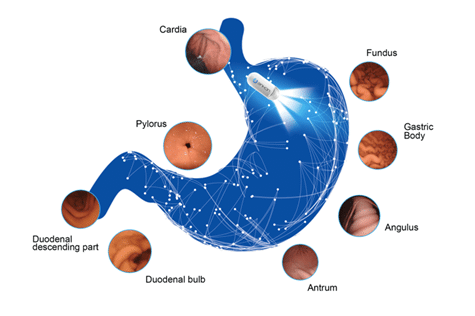