Medtronic Inc. received FDA approval for its DBS System for Epilepsy on April 27, 2018.

The Medtronic Deep Brain Stimulation (DBS) System for Epilepsy is a device that delivers controlled electrical pulses to a location inside the brain which is involved in seizures. The system consists of a pulse generator (IPG) implanted under the skin of the upper chest, and two leads implanted in the brain. The system sends a constant stream of tiny electrical pulses through the leads to the electrodes in selected area of the brain; these impulses block seizures associated with epilepsy. The device helps reduce the frequency of seizures in patients who have frequent, disabling, partial-onset seizures, and have not responded well to antiepileptic medications.

To be used in conjunction with antiepileptic drugs in individuals 18 years of age or older with partial onset seizures, with or without secondary generalization, who have not responded to three or more antiepileptic medications.

Should not be used in individuals who are unable to operate the device.

Patients with the Medtronic DBS System for Epilepsy cannot have the following procedures: 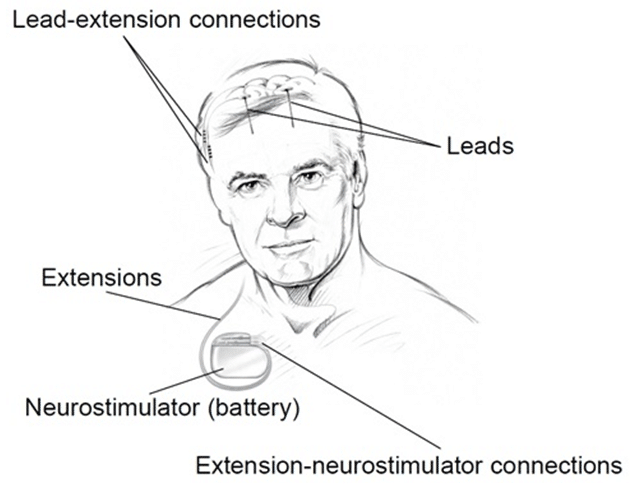