This device utilizes a magnetic system to assist in localizing lymph nodes draining a tumor site, as part of a sentinel lymph node biopsy, in patients undergoing mastectomy for breast cancer. It is a two-part system including the Magtrace injectable tracer and the Sentimag magnetic sensing probe and base unit. The Magtrace tracer is made up of iron nanoparticles coated with a carboxydextran shell, which is injected into breast tissue and drains into the surrounding lymph nodes. The Sentimag probe is then used on the patient’s skin near the tumor site to detect the magnetic particles that have been absorbed by the sentinel lymph nodes. Those nodes are then removed and tested for the presence of cancer cells. The results are then used to direct further treatment.

In clinical studies, the Magtrace and Sentimag magnetic localization system was found to be equivalent to the standard techniques for lymph node dissection which utilize radioisotopes and blue dye to localize sentinel lymph nodes, however it does so without radiation exposure.

The use of the Magtrace™ and Sentimag® Magnetic Localization System is indicated in sentinel lymph node biopsies in patients undergoing mastectomies for breast cancer. It is used to direct treatment options for these patients. 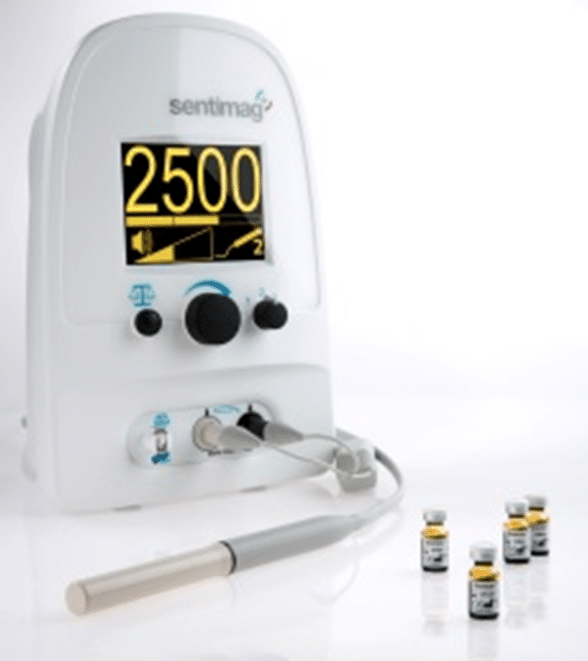