If you suffer from moderate to severe “heartburn” your surgeon may have recommended Laparoscopic Antireflux Surgery to treat this condition, technically referred to as gastroesophageal reflux disease (GERD). This brochure will explain to you:

What is Gastroesophageal Reflux Disease (GERD)?

Although “heartburn” is often used to describe a variety of digestive problems, in medical terms, it is actually a symptom of gastroesophageal reflux disease. In this condition, stomach acids reflux or “back up” from the stomach into the esophagus. Heartburn is described as a harsh, burning sensation in the area in between your ribs or just below your neck. The feeling may radiate through the chest and into the throat and neck. Many adults in the United States experience this uncomfortable, burning sensation at least once a month. Other symptoms may also include vomiting or regurgitation, difficulty swallowing and chronic coughing or wheezing.

What Contributes to GERD?

Some people are born with a naturally weak sphincter (LES). For others, however, fatty and spicy foods, certain types of medication, tight clothing, smoking, drinking alcohol, vigorous exercise or changes in body position (bending over or lying down) may cause the LES to relax, causing reflux. A hiatal hernia is found in many patients who suffer from GERD. This refers to the condition in which the top part of the stomach bulges above the diaphragm and into the chest cavity. This phenomenon is thought to contribute to the development of acid reflux. Surgery for GERD also fixes the hiatal hernia.

GERD is generally treated in three progressive steps:
1. LIFE STYLE CHANGES
In many cases, changing diet and taking over-the-counter antacids can reduce how often and how harsh your symptoms are. Losing weight, reducing or eliminating smoking and alcohol consumption, and altering eating and sleeping patterns can also help.

2. DRUG THERAPY
If symptoms persist after these life style changes, drug therapy may be required. Antacids neutralize stomach acids and over-the-counter medications reduce the amount of stomach acid produced. Both may be effective in relieving symptoms. Prescription drugs may be more effective in healing irritation of the esophagus and relieving symptoms. This therapy needs to be discussed with your primary care provider and your surgeon.

3. SURGERY
Patients who do not respond well to lifestyle changes or medications or those who do not wish to continually require medications to control their symptoms, may consider undergoing a surgical procedure. Surgery is very effective in treating GERD. The most commonly performed operation for GERD is called a fundoplication (usually a Nissen fundoplication, named for the surgeon who first described this procedure in the late 1950’s). A fundoplication involves fixing your hiatal hernia, if present, and wrapping the top part of the stomach around the end of the esophagus to reinforce the lower esophageal sphincter, and this recreate the “one-way valve” that is meant to prevent acid reflux. This can be done using a single long incision on the upper abdomen, or more commonly by minimally invasive techniques using several small incisions, called laparoscopic surgery.

What are the Advantages of the Laparoscopic Method?

The advantage of the laparoscopic approach is that it usually provides:

Are You a Candidate for the Laparoscopic Method?

How the Surgery is Performed

What to Expect Before Laparoscopic Anti-Reflux Surgery?

What to Expect the Day of Surgery:

How the Surgery is Performed

How is Laparoscopic Anti-Reflux Surgery Performed? 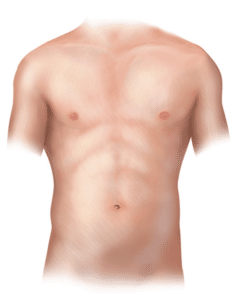 What Happens if the Operation Cannot Be Performed Completely by the Laparoscopic Method?

In a small number of patients the laparoscopic method is not feasible because of the inability to visualize or handle the organs effectively. Factors that may increase the possibility of converting to the “open” procedure may include obesity, a history of prior abdominal surgery causing dense scar tissue, or bleeding problems during the operation. The decision to perform the open procedure is a judgment decision made by your surgeon either before or during the actual operation. When the surgeon feels that it is safest to convert the laparoscopic procedure to an open one, this is not a complication, but rather sound surgical judgment. The decision to convert to an open procedure is strictly based on patient safety.

What Should I Expect after Surgery?

Are There Side Effect to This Operation?

Studies have shown that the vast majority of patients who undergo the procedure are either symptom free or have significant improvement in their GERD symptoms.

Long-term side effects to this procedure are generally uncommon.

What Complications Can Occur?

Your surgeon will discuss these with you. They will also help you decide if the risks of laparoscopic anti-reflux surgery are less than non-operative management.

When to Call Your Doctor

Be sure to call your physician or surgeon if you develop any of the following:

If you have questions about the operation or subsequent follow up, discuss them with your surgeon before or after the operation.

Brought to you by:

This brochure is intended to provide a general overview of a surgery. It is not intended to serve as a substitute for professional medical care or a discussion between you and your surgeon about the need for a surgery. Specific recommendations may vary among health care professionals. If you have a question about your need for a surgery, your alternatives, billing or insurance coverage, or your surgeons training and experience, do not hesitate to ask your surgeon or his/her office staff about it. If you have questions about the operation or subsequent follow up, discuss them with your surgeon before or after the operation.