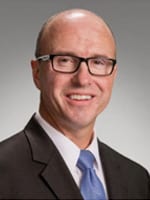 Dr. Dunkin is the Head of the Section of Endoscopic Surgery and Medical Director of the Methodist Institute for Technology, Innovation & Education (MITIE℠) at the Houston Methodist Hospital in Texas. He is a biomedical engineer who attended medical school in Reno, Nevada, did his surgical residency training at the George Washington University in Washington, DC and a fellowship in advanced laparoscopy and surgical endoscopy at the Cleveland Clinic in Ohio. He has been an Assistant Professor of Surgery at the University of Maryland in Baltimore, and an Associate Professor at the University of Miami in Florida, and is currently a Professor of Clinical Surgery at the Weill Cornell Medical College in New York – the academic affiliate of the Houston Methodist Hospital.

Dr. Dunkin’s clinical practice is focused on advanced laparoscopic surgery and flexible GI endoscopy. He works to bring novel technologies into practice to perform procedures for patients less invasively and more accurately. Since joining Methodist in 2007 he has introduced seven new techniques into clinical practice ranging from ablation of Barrett’s esophagus to shockwave lithotripsy for bile duct stones, implantation of diaphragm pacing systems for respiratory failure in quadriplegics, and per oral endoscopic myotomy (POEM) for treating achalasia patients without incisions. He is also the co-director of the Houston Methodist minimally invasive surgery fellowship program which accepts two clinical fellows per year and directs two research fellows as part of MITIE’s℠ comprehensive research program. Dr. Dunkin is the Medical Director of MITIE℠ – a world class comprehensive education and research institute focused on helping practicing health care professionals learn new procedural skills and adopt new medical technology. Since inception in 2007, MITIE℠ has hosted over 30,000 practicing healthcare professionals for training events across 24 specialties, with over 6,000 learners coming to the Institute annually. Dr. Dunkin’s research interests are in the development of novel methods and devices for endoscopic surgery, as well as the use of leading-edge technology to improve training programs for surgeons. He is co-founder of OR Intel, a company focused on harnessing computational power in the operating room to provide better patient care, and is co-inventor on five patents. He has published in the areas of flexible endoscopy, minimally invasive surgery, surgical education, and gastrointestinal physiology. He is President of the Society of American Gastrointestinal and Endoscopic Surgeons (SAGES) and also serves as an Executive Committee member, and Board member for that Society. He was a founding co-chair of the Curriculum Committee in the American College of Surgeons Accredited Education Institutes Consortium, as well as Past President of the Texas Association of Surgical Skills Laboratories and serves in additional leadership roles in the American College of Surgeons, the Surgical Society of the Alimentary Tract, and the American Society of Gastrointestinal Endoscopy. In 2014 he was inducted into the American Surgical Association, the nation’s oldest and most prestigious surgical organization. Dr. Dunkin also serves on the editorial boards for Surgical Endoscopy and the Journal of Laparoendoscopic and Advanced Surgical Techniques. He has been married to Dr. Annie Dunkin for 23 years (they met in medical school) and has two children, Joseph (15 yrs old) and Megan (13 years old).

Back to SAGES Quality Summit Meeting »