When Is the Optimal Time for Laparoscopic Cholecystectomy in Gallbaldder Empyema? 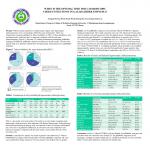