What lies beneath? Determining the personality of advanced laparoscopic surgeons: can a difference impact the quality of training?

Introduction There is increased pressure for trainees to choose their specialty early in their career and there has been previous discussion as to the possibility or acceptability of predetermining a doctor ‘type”, and pretesting trainees for their suitability for that particular branch of medicine or surgery. The aim of this study was to formerly assess the personality of trainers and trainees in laparoscopic colorectal surgery (LCS), to identify any differences in personality between surgeons and the normal population, and between “expert” surgeons (those performing LCS for >10 years) and “non-experts”, and determine whether any differences in personality are reflected in training outcomes.

Conclusion: Two-thirds of LCS surgeons’ personality factors differed significantly from the normal population. Experts were shown to be more open to change – perhaps why they became LCS pioneers? Trainers more attentive to their trainees’ produced higher GAS scores demonstrating that trainer warmth is positively correlated with the quality of trainees’ performance in laparoscopic colorectal surgery. Further work should assess associations between personality traits and clinical outcomes. 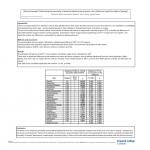