Background:
Laparoscopic adjustable gastric banding (LAGB) is an effective bariatric procedure with low morbidity and mortality. Unfortunately, high failure rates in long-term follow-up were seen.
Laparoscopic adjustable gastric banding (LAGB) has a failure rate in the US approaching 40–50 %.
Laparoscopic sleeve gastrectomy (LSG) is an emerging procedure initially described by Gagner’s group as the first stage of the laparoscopic duodenal switch in super-obese patient, recently and quickly gaining position in the field of bariatric practice either as a first step toward gastric bypass/ biliopancreatic diversion or as a stand-alone operation
It has been described as a revision option for previous bariatric surgery failures. We report our experience with LSG as a revision stand alone procedure for failed LAGB.

Methods:
From June 2009 to September 2011, 60 patients who had undergone LAGB followed by LSG. As result of gastric band failure were studied. Demographics, reason for band removal, interval between removal and LSG, operative times, estimated blood loss, complications, length of hospital stay, and percent of excess weight loss were collected.

Our results suggest that LSG is safe, feasible, and effective and valid procedure for failed LAGB and can be considered as revisional option in these cases. Larger series and longer follow-up are needed to confirm this. 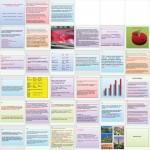