Background and Aim: The role of high resolution manometry in the diagnosis of esophageal achalasia has been increasing, especially since it became a part of Chicago classification criteria. On the contrary, the morphologic classification based on classic Barium esophagogram, has become less clinically important. Recently, the Japanese classification system was revised in 30 years. In this new system, achalasia is morphologically classified into three types: St (straight type), Sg (sigmoid type), and aSg (advanced sigmoid type), based on its X-ray findings. The system has been limitedly used in Japan, and has not been fully validated in terms of its demographical significance and predictive capability of postoperative outcomes. The aim of this study was to clarify the clinical value of new Japanese classification system.

Patients and Methods: The consecutive 48 patients with a definitive diagnosis of achalasia who underwent laparoscopic Heller-Dor (LHD) surgery from April 2005 to December 2014, were enrolled in the study. Diagnosis of achalasia was confirmed by esophageal manometry. The cases were retrospectively classified into three disease types using new classification system. We compared characteristics, clinical symptoms, manometoric profiles, as well as surgical and postoperative outcomes between St and Sg/aSg patients.

Results: Thirty patients were categorized in St type, 15 in Sg type, and 3 in aSg type, respectively. Patients with Sg/aSg diseases were significantly older than those with St disease [median age: 37 vs. 57 years, p<0.0001]. Male/female ratio and body mass index were not significantly different between Sg/aSg and St groups. The morbidity period was longer in Sg/aSg than St groups [44.5 vs. 96 months, p=0.006]. Pneumatic balloon dilatation (PBD) was more frequency attempted preoperatively in Sg/aSg group than St group (2 vs 5 times, p=0.04). There was no significant difference in operative time [230 vs. 217 minutes] and estimated blood loss (18.5 vs. 32.3 mL). No significant deference was noted in necessity of postoperative PBD, continuation of medication, and postoperative persistent clinical symptoms (chest pain and residual passage disturbance) between the two groups.

Conclusion: The new Japanese classification system may give additional insight and information in understanding epidemiology of esophageal achalasia, however, our study failed to demonstrate “inter-disease type” differences in surgical outcomes and prognoses. Further accumulation of clinical cases are definitely necessary to clarify its predictive capability. 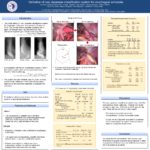